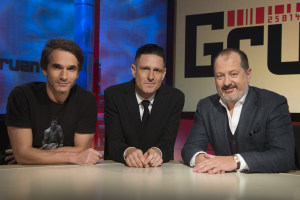 ABC's Gruen has confirmed it is returning for its 10th season this year.

If you were looking at Facebook instead of the telly last night, you might have missed this promo.

The show, which launched in 2008 as The Gruen Transfer, has delivered strong ratings for the ABC year-on-year.