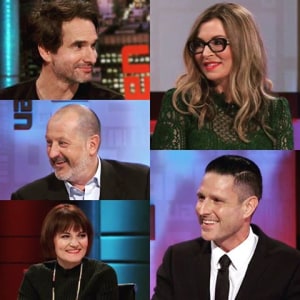 During last night’s ABC TV show Gruen, which focuses on the latest hot topics in advertising, it was the NBN that captured the attention of panellists.

The panellists looked at how ads from Hungry Jacks, KFC and ANZ take swipes at kale-drinking, bearded hipsters and making fun of the younger generation. They also discussed how brands are using ageing montages, such as Aldi’s “Good Different” and MasterFoods “Pass the Sauce”.

On the subject of NBN’s recent brand campaign, Sampson came out swinging, slamming the campaign as “boring” and a “waste of money”.

The ad, which launched earlier this year via BWM Dentsu, features young parents working from home, students playing soccer with a hologram and a rocket being sent into out of space.

“This is a branding problem. They have a comprehension issue because people don’t really understand what it is, why we have it and how it’s going to be delivered,” Sampson said.

He said the ad was “confusing” as it seems like it’s about Gen Y but it really aims to reflect generational change in Australia.

“The ad is classic government backed by research. It has all the clichés in it; the voiceover has gender balance, it’s got a mix of ethnic representation, it’s got music, it’s got a device and it’s boring and a waste of money.”

Always the defender of advertising, Howcroft disagreed with Sampson.

“It’s not boring. It’s not brilliant but it isn’t typical government advertising because at least they are spending some money producing something that is trying to have a bigger idea about it,” he said.

Sampson believes the money would be better spent on getting the NBN up and running, rather than on marketing.

“Sometimes it’s useful to spend money on advertising if you need to stimulate demand, but sometimes it’s not so useful when the product is seen as a negative thing,” he said.

“They would be better off taking their money from marketing, and I know they aren’t spending that much, and putting that into the practical implication side. There’s no need to advertise something that’s not working.”

The Pitch segment made its return on the show. On last night's episode Loud and TKT both created ads to convince North Korea to not bomb Australia.

TKT, owned by Clemenger, took home the trophy for its work "More Bang for your Buck".