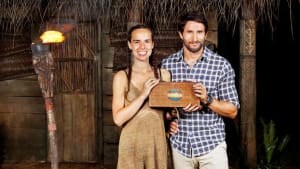 The final episode of Ten’s Survivor Australia saw an audience of 1.08 million metro viewers tune in to see Kristie Bennett win the $500,000 prize.

“The response from critics and super fans to Australian Survivor has been overwhelmingly positive. The series increased our audience in its timeslot by 26% and it resonated strongly with Australians online and across social media.”

Survivor finally cracked The Block’s dominant hold in the entertainment category. Also airing at 730pm, the renovation show attracted an audience of 911,000.

Todd Sampson’s Body Hack fell to the 20th ranked program in the ratings, with an audience of 471,000 viewers tuning into see the adman tackle Everest. Its audience is down on last week’s program.

Seven’s Border Security: Australia’s Front Line had a metro audience of 657,000 and The Force was watched by 633,000 viewers.