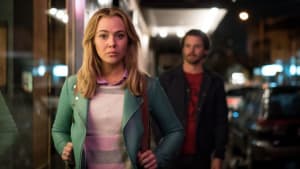 Zoe Foster Blake’s The Wrong Girl made its premiere on Ten last night, attracting an audience of 684,000 metro viewers at 8.30pm. It was the fourth most watched program of the evening, behind The Block, Gruen and Ahn’s Brush with Fame, according to overnight OzTam figures.

The show followed The Bachelorette, which saw an audience of 570,000 tune in for the first single date of the season. It beat out Nine's new program Doctor Doctor in the same 830pm timeslot. The third episode of the show, that follows the life of a heart surgeon, attracted an audience of 661,000.

OzTam has noted the overnight ratings have been impacted by the extensive power outages in South Australia.

The Bachelorette was the most watched program in the key demographic of people aged 16-39 and The Wrong Girl was in the top three programs for all demographics.

This week’s The Pitch on Gruen featured campaigns from Fenton Stephens and World Wide Mind, aiming to convince people to ban the vote for over 60s.