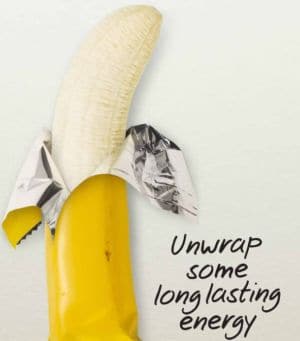 While the banana may not strike you as a product that needs much advertising, $3.5 million a year is invested in the humble fruit – and it could even be up for pitch next year.

From bus and radio adverts to TV campaigns, social, in-store and print, the objective of Horticulture Innovation Australia's three-year fully integrated banana marketing is to make Australian bananas the number one snack of choice by 2015.

In order to do this, Horticulture Innovation Australia – the company that invests the levy given by banana growers into marketing – set in place a $3.5 million annual marketing budget (from 2012-2015).

The $10.5 million three-year campaign ends next year, and the company could look to review marketing partners.

While the same promotional program and associated agencies may continue with the campaign, no decisions will be made until all campaign analysis had been done – as this will dictate the future plans and potentially identify a new target demographic.

Australian Bananas “long-lasting energy” campaign (affectionately known as No No, Na Nas), has been closely tracked and in-depth analysis by Edentify will be carried out at the end of this year, before the Horticulture Innovation Australia decides which direction to take in future activity. 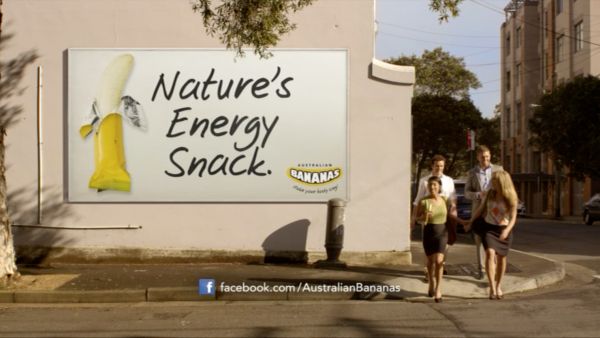 As the campaign draws to the end of its three years, AdNews caught up with the organisation's marketing services manager, David Weisz, to find out how the campaign has performed so far.

In terms of consumer attitudes to the marketing efforts so far, Weisz said a total of 25% of buyers are now “heavy buyers”, who have increased their value and volume share from 52% to almost 60% in last three years.

“We have seen an increase wave-on-wave with purchase incidence, which is now at its highest level of 92%, Weisz said.

“In addition, the proportion of people pre-planning their banana purchase has risen to 68% from a base of 51% when the campaign started.”

Weisz said that while its digital marketing spend has grown, TV is still seen as “highly influential”.

He said consumer sentiment towards bananas has remained “consistent and strong” and that the proportion of those agreeing that they would rather choose a banana over chocolate, or chips etc, is at its highest (96%) since program launch (75%).

Spurred on by the national campaign, Weisz said banana buyers are becoming more loyal, not promiscuously turning to other fruits, which has helped boost loyalty to the banana.

In order to give the campaign an added push, a coffee shop related pop-up campaign hit Sydney last month.

“People are precious about their coffee and they don't want to be told to not to drink it. We know this, which is why we wanted to approach this campaign differently and take the approach of encouraging people to have banana to complement their coffee,” Weisz added. Results of the campaign are being collated.

And if you are wondering, yes it is the apple, which Weisz insists is not a rival, that has the second biggest annual marketing budget - followed by the avocado and pear, which both hover around the third spot.

Qantas looks to cinema as it rolls out latest brand campaign