Open the kimono, tell your clients everything 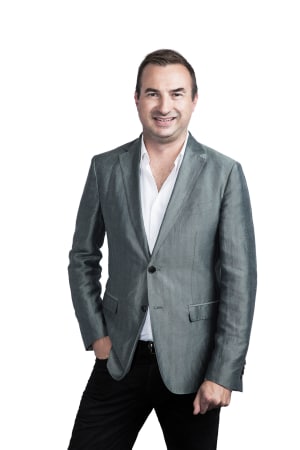 When two farmers meet and want to do business together they stand in the paddock with their dogs at their heels and they shake hands. Their word is their bond.

I grew up in the country; it was a smallish farm on the south coast of NSW, of just under 50 acres and like any business its foundations were based on a series of partnerships that operated in good faith.

I recognise integrity when I see it. In my industry, I haven’t seen it enough.

When P&G’s chief brand officer, Marc Pritchard recently criticised the “murky at best, fraudulent at worst” supply chain and called for more transparency in media it was a clarion call for reform and has no doubt sent a slew of media agencies scurrying to war rooms with their global network masters to work out exactly what they are going to do.

The role of a media agency is clear. It’s to provide unbiased specialist advice on how to best navigate a complex media world and to ensure clients get the best value and return for their money. It’s to guide them on channel decsions, on specific placement, on increasing receptivity, on new technologies, on how to change consumer behavior, on how to create profitable customer growth, on overcoming challenges with viewability, on how to effectively optimise and measure the contribution media has had on a business outcome.

This all gets murky if there is any bias whatsoever in this advice.

It gets even murkier if you have a global holding company expecting to benefit from this advice a certain percentage more than they did last year. It’s no wonder at all that clients are now asking “Is this advice to benefit me, or the agency network?” as reported at last week’s AANA event.

At present, too many media agencies are opaque agents of the media owner and holding group. It has to stop. Only one type of media agency should exist and that is a transparent agent of the client.

Let’s be clear about one thing, integrity and trust are critical but no one’s going to be entirely altruistic. We all have to make a living and want to build sustainable businesses. Clients understand that, they want to work with profitable partners that can invest in their talent and product. They just don’t want to get ripped off by agencies giving them biased advice that allows them to make money in undisclosed ways.

So open the kimono. Tell your clients every way you make money and be prepared to show them the receipts and the value it has generated for them. It builds trust, it demonstrates integrity.

Our industry’s job is clear – to provide trusted advice to clients. If that trust’s compromised then everything becomes meaningless.

Bohemia’s a relatively new agency – we set up shop in 2011 and from day one our credo has been simple and straightforward; no dodgy deals, no secret handshakes, no bamboozling jargon. We were born in the age of digital and data and we use both to create fluid and transparent relationships with our clients. The more they know the better. Our clients have responded well to it and we have enjoyed an incredible journey, full of ups and downs like any business, all built on a foundation of transparency.

M&C Saatchi have also responded well to it, which is why they bought Bohemia over the other independents on the market. Together we bring content and context closer for clients in order to boost creativity and effectiveness without sacrificing transparency and integrity. We would never have sold Bohemia to a multinational media network, there’s just too great a risk of conflict and compromise we were not willing to make.

During the due diligence process, amongst other things we really checked out the transparency and integrity of M&C Saatchi and found we were both prepared to stand in a paddock and shake hands.

We’re now working together on a transparency charter on behalf of all of our clients that will codify and make brutally simple what we will and won’t do.

P&G’s not the only business that wants that sort of transparency right across the industry. It’s great that they have used the power of their voice and marketing budget to accelerate this inevitable change for the greater good of our industry.

It’s time to adopt baseline industry standards such as the AANA’s code of ethics and its contract template.

It’s time to provide unbiased advice and rebuild the trust and reputation of this industry.

It’s time to embrace programmatic as a new way to transact media inventory with improved accuracy and targeting, rather than a new way to help agencies profit.

It’s time to reinvest the murky profits into transparent brand funded creativity that people welcome into their lives.

It’s time to introduce third party verification to global media owners such as Google and Facebook. The days of marking your own homework are over.

It’s time Australia introduces new laws, as France have just introduced, to regulate that agencies will no longer be able to buy and resell media to their clients and all invoices will have to be made available.

It’s time to embrace this change for the better or the change will be forced on the agencies which have been opaque or conflicted.

At Bohemia it will be business as usual.

Brett Dawson is the managing partner of Bohemia Group