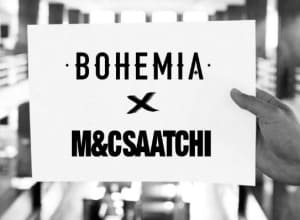 Following the news announced last week that M&C Saatchi would acquire Bohemia for an undisclosed sum, WPP will no longer have a stake in the media agency.

In the announcement the ownership structure was not entirely clear, with no mention of how much the deal was worth, what stake M&C had acquired and whether it meant WPP would fully divest its 24% stake.

M&C Saatchi has now confirmed that it has 100% ownership of the media business. AdNews understands that WPP's involvement in Bohemia will wrap up in 90 days.

A spokesperson from WPP AUNZ tells AdNews: “WPP AUNZ is always looking to manage our portfolio of agencies for the benefit of our shareholders, and the deal regarding Bohemia is part of that process.  We’ve had a strong relationship with the agency for the past five years and wish them all the best for the future.”

When Bohemia CEO Brett Dawson and co-founders Chris Christofi and Peter Leaver launched Bohemia in 2011 it was with the backing of the STW Group and former Ikon founder Simon White.

STW became WPP AUNZ 2016 when the two organisations merged to form an $850 million business with more than 90 agencies in its porfolio.

Recap what the STW/WPP merger meant for Australian agencies.