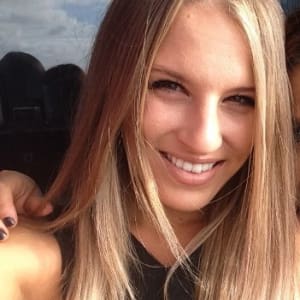 Instagram’s new Stories feature, which is largely a copycat of Snapchat, has already seen multiple brands get on board in the 48 hours since its launch.

Instagram recently announced it hit 300 million daily active users. By comparison, Snapchat revealed in February that it has more than 100 million daily users, who spend on average 25 to 30 minutes on the app each day.

While it is the social darling of the moment, Snapchat only just got on the ground here in Australia, naming former News Corp sales director Kathryn Carter as its general manager in April.

It's in high demand with clients and agencies tripping over themselves to get onto the platform. According to sources, there is a four week wait to even get a meeting in the diary at Snapchat. It is also still experimenting with various ad units, which puts Instagram in a better position to appeal to brands having launched ads in Australia a year ago.

So while Snapchat is in demand, Instagram's more established relationships with commercial partners could help it make gains, Snapchat's remains somewhat unproven.

Nike, Sony, Airbnb, L’Oreal, Maybelline and Covergirl are just a few of the businesses that have jumped on Instagram Stories. Previously these brands have also used the Snapchat Stories feature, but the swift move to use Instagram Stories could be because the photo-sharing platform has larger audience, and is easily accessible and already familiar to marketers.

For example, Nike told Adage it generated 800,000 views in 24 hours for an Instagram Stories. It posted on the first day the feature was available. On Snapchat, Nike’s best video got 66,000 views, according to Nike’s social media agency Laundry Service.

L’Oréal used Instagram Stories to take its fans on a tour of its new offices and teased some new products set to hit the shelves in September. Covergirl spruiked its collaboration with Katy Perry and directed its fans to a microsite to purchase the “Katy Kat” range of lipsticks.

Brands seem to be applying what they have learnt from Snapchat to Instagram. Nike has previously used Snapchat too, but the platform is not currently as brand-friendly as Instagram. The more familiarity with Instagram could lead to the shift to use the Story feature within its platform rather than learning how to work the new interface of Snapchat.

It’s harder to follow brands on Snapchat as users need to know their exact user names to find them. Instagram makes searching easier and its lets brands buy ads that directly link to their account. It makes building an audience easier.

Instagram’s new feature also allows users to stay in its ecosystem, rather than jumping between it and Snapchat. Creating a sustainable ecosystem, that keeps users within its platform, is something Facebook has been doing for years. It bought Instagram in 2013 and has been following the same model.

Media publishers are also testing out Instagram Stories. Buzzfeed, Kiis1065 and Triple J have all dipped a toe in.

Instagram’s new feature has also captured the attention of alcohol brands, which have previously been held back from Snapchat due to age targeting issues. Instagram allows brands to restrict viewing to people older than 18, while on Snapchat a brand must pay for ads to target to people of a certain age.

People have been quick to announce Instagram Stories as a Snapchat killer. That's unlikely for now but it does put more pressure on Snapchat's pleding commercial model. It's going to have to move a lot faster to continue to keep commercial dollars from pooling into Instagram.