How influencers - and now brands - are embracing the viral ASMR trend 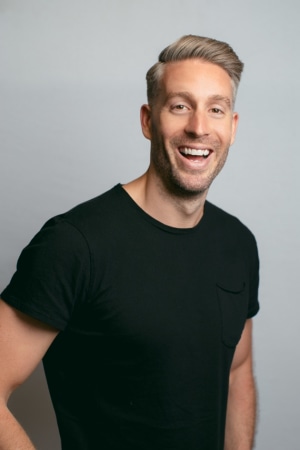 Autonomous sensory meridian response, better known on the internet as ASMR, has become an unlikely trend on social media in recent years.

The term defines the relaxing sensation someone experiences when watching certain visuals or listening to particular sounds. Things like tapping long nails on a hard surface, crunching leaves and whispering are all common hallmarks of ASMR clips.

Not everyone finds ASMR relaxing, in fact, some people are completely turned off, but those who do, speak of a tingling and soothing effect. The videos have even been linked to the release of oxytocin, dubbed the ‘happy hormone’. At a time where so many of us suffer stress and anxiety, it’s little wonder we’re looking for content to soothe us.

And people are seeking them out, in their millions. These spine-tingling videos now feature on every social platform and are loved by audiences. On YouTube, you can find hundreds of ASMR clips with millions of views. There is a whole subset of ASMR influencers.

The trend is growing on TikTok too. ASMR YouTubers have started to promote one minute snippets of their videos on TikTok, many of which go viral. TikTok and YouTube influencer @jociebasmr is a prime example. This ‘1 minute spa’ TikTok video got over three million views, and it was just a sneak preview of one of her YouTube videos.

Given their connection to YouTube, TikTok and interest in self-care, Gen Z seems to be the age group which connects with ASMR the most. Take 14 year-old Youtube star, Life with MaK. Back in 2017, Makenna Kelly was feeling overwhelmed by tests at school and was looking for something to help her wellbeing. After discovering ASMR, she saw the potential a dedicated channel could have. She now has over 1.62 million subscribers - many of whom are Gen Zers like herself - with plenty of her videos getting over a million views.

With audiences engaging with ASMR, brands have started to try out this medium in their social content. W Magazine is among them. They have 41 episodes of different celebrities exploring ASMR on their YouTube channel. Fans of the magazine can listen to Cardi B whispering her famous “okurrr” or watch Penn Badgley play with retro mobiles as he reminisces on his ‘Gossip Girl’ days.

Last year, Apple came out with four different ASMR videos as part of their “Shot on an iPhone” campaign with their message, “All you need to make ASMR videos is an iPhone”. Proving that a once underground social trend had truly gone mainstream.

Vamp recently worked on a campaign with Paramount Pictures to promote the new ‘A Quiet Place 2’ horror film, taking the world of ASMR and whispering it into Instagram feeds. Vamp creators were given a box full of props to use in their videos to help bring the suspense theme to life. A cow bell, a glass bottle filled with water, sand and a microphone that picks up these subtle sounds, were among them.

Of course, piggy backing off a popular trend doesn’t guarantee success, but if you’ve seen ‘A Quiet Place’, then you’ll know that sound, or the lack thereof, plays a major part in the film. For the majority of the movie there is no background music or dialogue. The audio solely focuses on what is happening on screen; the crunch of leaves being stepped on, the sound of sand being poured onto the ground or the characters whispering to each other. For Paramount, this was a highly relevant content theme.

ASMR is a trend that shows no sign of slowing down. Videos tagged ‘relaxing’ on YouTube have seen an increase in viewing time in recent years (70% from 2017-2018 according to Google data) and, as we struggle with the impact of the current pandemic, we know audiences are increasingly looking online for some distraction and light relief.

For brands looking to use ASMR in their own channels, relevancy is key. Consider whether it makes sense for your campaign and audience. Try enlisting the help of established ASMR influencers too. They’ll bring not only a level of expertise, but their own already engaged audiences. It will also save your social media manager the job of whispering into the microphone.