Influencers are making big money on Facebook Watch, but it's still a 'Wild West' 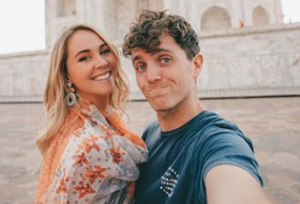 Influencers are starting to see revenue from Facebook videos match that of YouTube, as the social media giant focuses on building its video platform.

Last year, Facebook ramped up local investment in its video-streaming platform Facebook Watch, partnering with local media owners, such as News Corp Australia, Nine and Junkee, to create original content for the platform.

The couple, which have more than 740,000 subscribers on YouTube, have had their Facebook following grow from 20,000 to more than 670,000 a year since focusing more on the platform.

Stephen says they’re sometimes earning as much revenue from ad breaks on Facebook as they are on YouTube, which they have been on for five years.

“For us, it's now an extra arm in our business,” Stephen tells AdNews.

“We look at it as a profitable side of our business and we get fantastic success on there. So in some months we can get millions of views on Facebook and the revenue is fantastic as well.”

“Just recently, we've noticed a lot of brands have been interested in our Facebook platform. So they've been asking us to post Facebook stories, and then of course natively upload our videos because they're seeing the success move across.”

Despite the cost per 1,000 impressions (CPM) rate being higher on Facebook Watch, which is just two years old in Australia, than it is on YouTube, the income can be unstable. Creators on the platform keep 55% of ad revenue, while Facebook pockets the rest.

“With YouTube, I pretty much know what I'm going to be getting in terms of ad revenue every month, it’s very consistent,” he says.

Natalie Giddings, The Remarkables Group managing director, has noted the rise in revenue from Facebook for influencers across the industry.

“We are hearing from prominent Aussie YouTubers and Vloggers that Facebook ad breaks on their videos now generates more revenue than YouTube,” Giddings says.

The growth of Facebook Watch is a good sign for the social media company, as it turns its focus on Instagram’s longform video platform IGTV. Facebook has confirmed plans to monetise the platform, with reports that its testing ads within videos.

Opening IGTV as an additional revenue stream will help bring in creators, such as Stephen and Jess, who have so far neglected the platform because of the limited ability to make money.

“We have a more personal relationship with our viewers on Instagram, we receive more personal messages on the platform, so I feel like we have a stronger connection there,” he says.

“People watch our YouTube videos but then they'll come to us and personally message us on Instagram.

“And that's the thing we really like about Instagram. So it would be interesting to test out IGTV and put out videos on there and see what type of response we'll get on there.”