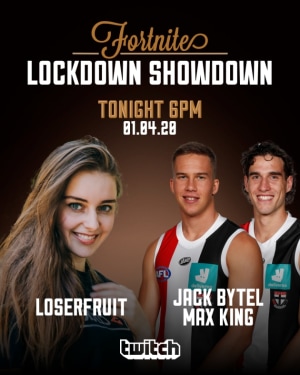 A spike in gaming and esports due to the coronavirus lockdown has seen brands increase spend with influencers in the space.

While the value of many sectors has been disrupted for advertisers, such as out-of-home (OOH) and traditional sports, gamers have been less impacted.

Instead there’s been reports around the world of a boost to the space, with estimates that viewership on live-streaming platform for gamers Twitch rose 31% in March, and a Verizon report in the US found that video game usage during peak hours rose 75% since the restrictions began.

Grace Watkins, co-founder and director of gaming influencer agency Click Management, says the business has noticed a shift towards gaming and esports.

“Gamers are in an incredibly unique position right now where in many ways they're not as affected by this as many other traditional entertainment genres would be,” Watkins says.

“Most of our creators are still creating content independently from their homes, so the coronavirus isn't impacting their ability to get the job done.

“There were a few weeks there where brands were adjusting and we saw a few campaigns that had out-of-home elements pivot a little bit on what they were doing. In the past couple of weeks we've actually had a number of brands approach us to do work with influencers that was from campaigns previously targeted to sports or out-of-home, which now wouldn't be as effective.”

One example of a brand using the space is Dare Iced Coffee, which turned to Twitch for a campaign. The brand, which works with Publicis Sport and Entertainment, hosted a live stream on the platform featuring St Kilda players Jack Bytel and Max King, and gaming influencer LoserFruit, one of the most-watched female gamers in the world with more than 1,209 million Twitch followers.

“Given everyone's inside, their eyes are glued a little bit more to screens and digital content like YouTube and streaming. Therefore, creators are in a really strong position to still connect with the audience in a really powerful way," Watkins says.

Ashley O’Rourke, director of Publicis Sports and Entertainment, also expects to see an increase in brands entering the esports and gaming space.

“In the short-to-medium term, there will be a huge void left by traditional sporting codes who have either postponed or cancelled their seasons altogether and I think this presents a really interesting opportunity for brands who haven’t ventured into the gaming and esports world to move in,” he says.

O’Rourke outlines his top three “rules” for brands wanting to enter the space, which include understanding the audience and be willing to invest long-term.

“Brands need to have a clear value-add proposition and ask themselves; ‘how is my being here going to add value to the overall experience of those either gaming or streaming?’,” he says.

“Don’t logo slap, integrate. Like traditional sponsorship, putting a logo on something and expecting cut through is unrealistic. Brands need to have a concise strategy for how they leverage IP and access to integrate their brands more effectively.

“Have a long term vision. Brands who show a genuine interest and investment into the esports and gaming space over a period of time will ultimately see a genuine ROI.”