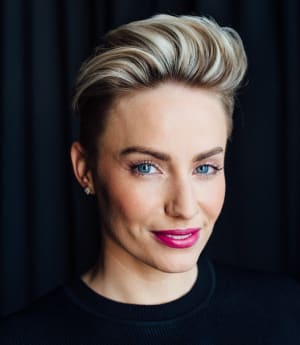 What is the Australian media industry doing about policing the #ad policy that the AANA announced a few months ago? It’s a genuine question, not a criticism, that there doesn’t seem to be a real answer to. The AANA announced the new rules, it was talked about significantly for a week or two in the media, the topic turns up every now and then in a conference, then … radio silence.

The industry has to have a good, hard, think about influencer marketing and answer one simple question, are we really serious about policing this and applying rules and regulation to it, or is it simply something that needs to go in the too hard basket and we hoped that #ad would do more than it realistically could?

I wrote in AdNews in early February that the initiative set out by the AANA was a good thing. I still firmly believe that. But I believe we are now in a period of quiet reflection instead of outright action—something which is arguably not the right follow up to such an important stance. Think of it this way, if the police gave everyone a day’s grace after initiating a double demerit point weekend, how seriously would society take their stance?

The Australian media industry has the benefit of following the US and the UK in this. There is one big lesson that we should take out of their learnings. Initiating #ad alone doesn’t work. This has been proven. Take the case of Warner Bros. Home Entertainment in the US last year or Mondelez in the UK through its brand Oreo a couple of years before. In both cases, there was action to varying degrees of swiftness and financial penalty.

Late last year US trade publication AdAge covered the fact that the Federal Trade Commission (FTC) was struggling to properly police influencer marketing regulations. Industry executive Stefania Pomponi of Clever Girls Collective said it was up to the FTC to be more clear and consistent about their policies and enforcement. A lot of influencers think they are following the rules, but in fact are falling short. The actual execution of using #ad, #sponsored or #sp was also called into question for its lack of obvious meaning.

The UK has also had its issues policing influencer marketing despite harsh words from the Committee of Advertising Practice (CAP). In a study conducted by Instagram campaign specialists Takumi, 34.7 percent of respondents said that understood the guidelines but chose not to adhere to them. A further 15 percent were aware of the code but didn’t quite understand the requirements of it. The study had response from 500 industry professionals.

These examples give us a clear indication that hard words and handing down rulings alone are not enough. There needs to be significant education on all three sides; influencers, brands and agencies. Furthermore, they need to work together to self-police this as well. If we assume that an influencer is anyone that gets paid to promote a brand, regardless of the amount of followers they have, then literally any person with a social media account could be considered an influencer. And you can bet that the majority of them won’t have any idea that the AANA has handed down guidelines.

In effect, that leaves brands and agencies to make sure that they are branding their own social campaigns as advertising. The very people who it may pain to do so, not because they want to be deceitful, but because they want to make sure the campaign has the best ROI possible and the easiest way to do that is to run an ad as clean an ad as possible.

It also means there has to be a much stronger relationship between those brands and agencies, and the platforms they are using. The initial engagement with an influencer is, of course, with the platform they are using to influence. In the downtime that seems to be occurring now, these are conversations that should be happening.