AANA’s influencer #ad ruling should be just the start

By The Right Fit CEO and founder, Taryn Williams | 6 February 2017 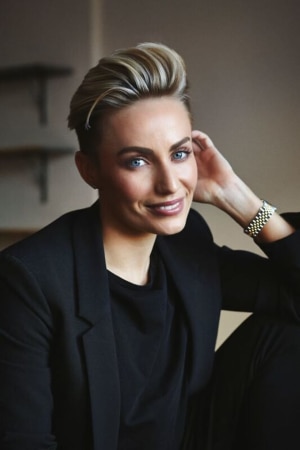 Good one, AANA. Holding influencers accountable for clarity when it comes to brand promotions on social media. I genuinely believe that this is a good step forward. But it’s also just the beginning. The beginning of fragmentation brought about by this ruling which I truly hope can be brought back together by the very ruling that has caused it.

First, the positives. Social media and influencers are playing a bigger and bigger part in brand campaigns. Australia is on the forefront of that movement. This is a great thing. The fact that AANA has spent time considering this and deciding that more clarity needs to be put in place around brand endorsements by influencers is proof of this.

According to Linqia’s State of the Influencer Marketing survey in the US, in which 170 marketers took part, 94% believe the tactic is effective. Money spent on influencer programs was predicted to double in 2017 and 87% saw it as an effective way of creating authentic brand content.

Having stronger rules in place about influencer brand promotions adds a legitimacy to the industry and gives it additional publicity and recognition which will only help it grow. The examples laid out by the AANA were clear enough and relatively easy to follow in most cases.

Here’s where it gets interesting, though. In many cases, influencers will receive gifts in place of payment. As the AANA stated, that is still included as an advertisement and therefore any content produced on social media by the influencer needs to be marked as such. But what about journalists? They, too, are gifted products in much the same way as influencers. Does a review that comes from that gifting need to be marked as an advertisement? Some of the major publishers acknowledge the gift, but the rest?

Journalism today is struggling from a lack of funding. The revenue model for media is becoming more fragmented. There just aren’t the dollars around that there previously where to support good journalism. As a result, brands are picking up some of the slack away from outright advertising. For example, paying for press trips that include accommodation, food and everything else the journalist needs to get the information about a product or service. Some media make the audience aware of this. Many don’t.

Impartiality is a subject long discussed in journalism. It’s a subject that journalists themselves freely admit cannot be guaranteed to exist in an article. So how does the AANA deal with that? Journalists are influencers, and some even have the social clout of the best influencers. If a brand provides products or financial assistance that is not straight advertising, how is this policed? The rules need to be applied evenly.

Then there is also the interesting statement on product placement within TV shows. Apparently, the consumer doesn’t mind. That’s a rather sweeping statement to make.

“Even though consumers may not realise the advertisers have made a commercial arrangement for their products to appear, the use of the branded products is sufficient to distinguish the material as an advertisement or marketing communication… There is a prevailing community view that audiences do not need to be notified of this sort of product placement,” a statement from the AANA reads.

The final part of that statement is intriguing. How was this “prevailing community view” determined? Was it statistical? Was it just some people talking to other people? Was it just a random stab in the wind that this was the sentiment?

I would have thought that many of the product placements by influencers where rather obvious as well. That’s not to say they shouldn’t be marked ‘#ad’, but it is to say that what is good for one medium should be good for another.

The ruling from the AANA is a step in the right direction in terms of product placement being recognised for what it is. But these rules need to be applied evenly across media. Any media that isn’t required to adhere to these rules should have a good, statistically based, reason why that is. The UK and US have stricter rules than we do. If we are going to do this, let’s do it right.

By The Right Fit CEO and founder, Taryn Williams