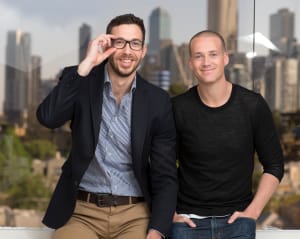 Without question, 2016 was the year marketers embraced the influencer movement. An evolution, that was both fast and furious. After all, only 18 months ago, sponsored social content was frowned upon by brands and influencers alike. However the fact that global brands and agencies are now madly assembling their own in-house Influencer departments, suggests it’s got longer legs than a fashion blogger.

All that said, the influencer marketing industry is still in an embryonic state and what lies ahead in 2017 is nothing short of exciting.

“In the past, campaigns consisted of one influencer. 2016 it was in the tens. 2017 it will be in the hundreds. 2018 it will be in the thousands. All the while getting more meaningful as it shifts from celebrities to everyday citizens being rewarded for celebrating the brands they already use and love," he says.

The value of the micro-influencer is now proven. With the advent of technology, brands can now manage 100 influencers in the time it took to manage one.

So what is the benefit of a micro-influencer?

Well, the smaller the tribe, the more potent the influence. Micro-influencers have cultivated a level of trust with their community that celebrities can only dream about. They’ve built their tribe one by one, post by post. And since micro-influencers are everyday citizens, they tend to invest a higher level of passion and creativity in their content, resulting in higher levels of engagement.

While celebrity endorsements will never disappear; the cost, quality and time efficiencies of engaging micro-influencers will see a continued rise in popularity.

Micro-influencers will also help solve an even greater problem for marketers than just ‘reach’; the ability to generate high quality content to use as marketing collateral in social media advertising. An omnipresent problem as smaller brands turn their attention to micro-advertising through social platforms.

Whether it be pics, clips or copy; every brand with a social platform is in need of a pipeline of premium content. This opens the door to user generated content (UGC), which when delivered by influencers comes with the added value of a trusted audience.

UGC is nothing new, but the connection with social media’s most influential content creators is only starting to emerge. Where it gets exciting, is when this content begins to transcend organic social channels, and be re-purposed through paid channels, both on and off line.

Of course, generating a high volume of quality content isn’t a problem exclusive to marketers. Influencers themselves feel just as pressured by the relentless hunger of their screaming feeds. Hence why savvy brands continue to invest in dressing up customer facing spaces to catch an influencer’s eye. Everything from flowers to feature walls, and even sections in the menu titled ‘Instagrammable dishes’ go a long way to filling a brand’s feed with free content. It’s a win-win, as influencers need props and backdrops like oxygen in an era where follower count, content and likes have become the new social currency.

Importantly, there’s no fast track to influence beyond high quality original content - this applies for both influencers and brands. As with the early days of Google search, where backlinks and tactical content could fool a search algorithm; there are loopholes and hacks that might momentarily boost social engagement; however Instagram's learning algorithm will soon counter these. High quality original content is the only way forward.

In 2016, we also saw Cost Per Engagement (CPE) become the universally accepted metric for influencer marketing and we became more granular in measuring ROI through advanced analytics and innovative case studies.

As we look ahead, it’d be remiss not to address the biggest social upset of last year; Instagram’s copycat move into Stories was nothing short of bold. Time will tell if Instagram Stories has stemmed the flow of Gen X and Millenials migrating to Snapchat. It all depends on whether or not they have the bandwidth to master another interface and entertain a new audience from scratch.

If it does slow the migration, could that limit Snapchat’s ability to attract SME’s in the short term if they themselves aren’t snapping?

Not that Snap Inc. should be too concerned with reported ad revenue of $1b billed in seven figure increments from the world’s biggest brands attracted to their surging and engaged user base. With their impending IPO and the huge chunk of capital they’re about to grab, Evan Spiegel has very little to lose sleep over before his upcoming nuptials. However, given the millennial focus and the lack of an accessible ad platform, seamlessly accessing Snapchat influencers may be a while off yet.

In the short term, here in Australia, Instagram will continue to flourish, and micro-influencer content will become higher and higher quality, giving brands more opportunities to tap into this rich and vibrant media.