Fighting the myth of the e-commerce monopoly 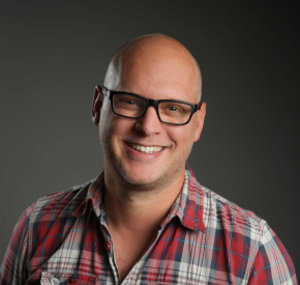 We love sensationalism. Barely a month goes by without some news article claiming that Amazon is taking over the world, or that a few big players are pushing the little guys out. If you believe the hype and have an independent online retail business, life might be looking somewhat gloomy. The good news, it’s all smoke and mirrors, sensationalistic PR, and much of the time, plain, old-fashioned crap.

Let’s get some context, e-commerce accounts for about 8% of retail sales globally at this point in time. While significant and growing quickly, it’s still small in the greater scheme of things.

Amazon isn’t as big as people think, at least in terms of shopping. Amazon is huge, no doubt, but e-commerce is only part of their business. Amazon Web Services (AWS) accounts for a huge percentage of their profits, and their subscription services play a large part too. In fact, outside of North America, their e-commerce businesses actually lost money. Finally, other players are still much bigger. In the US, Walmart are 3.5 times the size of Amazon.

B2B online sales outstrip B2C sales hands down by over three to one. Of the five biggest e-commerce platforms operating, which in order are Amazon, Jingdong, Alibaba, eBay and Rakuten, none of them are solely focussed on B2B, meaning everyone else must be doing pretty well.

Lastly, these companies are mostly marketplaces. The goods sold on them don’t belong to them (by and large). They’re actually providing a platform for small businesses to gain global traction. I’m not saying they’re doing it for philanthropic reasons, but with Amazon charging  $39.99 a month, they’re not offering a bad service. It’s a darn site cheaper than renting an actual shop, and you’re on the biggest platform in the world.

So, if there isn’t really a monopoly, and e-commerce isn’t really that big, why all the fuss? It comes down to two things. Firstly, it’s growing really, really fast. If current trends continue, Amazon will be bigger than Walmart within ten years and it could be as little as five. Secondly, it’s all new tech, and it keeps changing. The big players are in the news a lot because they’ve spent more money on R&D and innovation to get things right than anyone else. They make the most money and have the biggest budgets so this isn’t a surprise. But neither is it a disaster.

Consider this, Henry Ford pioneered the modern motor car. Ford is not the biggest selling car maker in the world though, that title goes to Toyota. The first handheld mobile phone came to market through Motorola, but they’re not the biggest manufacturer of mobile phones, that would be Samsung. I could go on, but you get the point. You don’t need to be first to market. Let other people do all the hard work, work out the best way to do things, then follow suit. Innovation can be overrated, and if you’re doing something well, the only person that will care that you did it first is you.

What the big e-commerce players have done is help us understand the importance of messaging, the value of data, and the necessity for exceptional customer experience. Whether you’re Alibaba or a one-woman band selling online custom dog collars (as is one of my friends), it doesn’t matter. If you have a site designed to deliver a great user experience, the right messaging, delivered at the right frequency and time, and you use the available data to tweak it all based on your customers’ behaviour, you’re going to well.

The success of Amazon and the like has meant there’s been a huge rise in the number of software providers that now specialise in delivering tools to improve your customers’ experience, analyse customer data and automate your messaging, and none of them cost the earth. It’s actually never been easier to create a successful e-commerce business, and some people will always support the independent retailers over their larger counterparts.

So there’s plenty to go around and don’t believe all the media hype. Standing on the shoulders of giants still gives you a pretty good view and it’s definitely better than being under their feet.