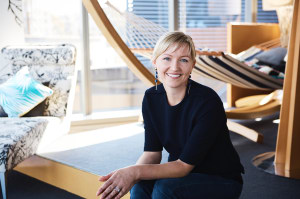 Google ANZ director of marketing Aisling Finch tells AdNews the tech giant will focus on marketing campaigns that help educate voice assistants and their potential use around the home.

“Home as a voice activated speaker is such a new concept, we’re only 12 months since launch and because we were first to market in Australia,” she said.

“We felt we needed to really do a big education job there – probably more so than some of the other products that we work on – that probably require the heaviest lift in terms of explaining.”

Google Home has multiple functions, such as playing music, answering questions and controlling smart devices and gadgets around the home.

Finch said explaining this to consumers has been Google’s top comms priority in this market and the arrival of Amazon Echo in February has added extra competition.

“I think they are formidable and definitely expect them to be, and have seen them ramping their activity,” she said.

The company is using a mix of channels to push out its Google Home messages including TV, online, radio and outdoor advertising.

“Interestingly radio has been a really effective channel for us as well, because it’s a voice activated speaker, so it’s actually kind of quite an obvious channel,” she said.

“We are Switzerland from that point of view, we will buy outdoor, TV, radio, I buy Facebook.

“Obviously we lean into our own channels, and YouTube has been a particularly effective channel for Home, particularly because of the capability to be really contextual.”

Finch said that Google also has an open source part of its voice assistant platforms that will eventually allow brands to build a bespoke experience for consumers.

“At the moment we don’t have a monetisation model for that, so it’s a free, open source platform, anyone is welcome to tap in, but at this stage we’re not monetising the Google assistant,” she said.

Google launched its Home advertising via 72andSunny last year followed by various iterations of the original concept. See some of the ads below: