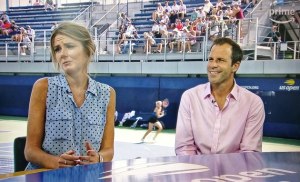 Hundreds of British tennis fans have slammed Amazon Prime Video’s exclusive coverage of the US Open with 82% giving it a rating of one star.

Amazon won the exclusive rights to the US open for five years in the UK and Ireland after outbidding previous broadcaster Sky Sports in a £34 million rights deal.

It is the first time Amazon Prime is exclusively streaming a major sports event in a huge market and an important litmus test to Amazon’s ambition to use live sport to grow its subscriber base.

Three days in, however, and the Silicon Valley giant is losing the battle to win over tennis fans, with 666 fans (out of 813) slamming the coverage and posting one-star reviews.

Among the chief gripes is that fans cannot record matches or watch them on catch up, despite the tournament running into the early hours of the morning in the UK.

“Why is there no way to watch matches that took place in the middle of the night for viewers in the UK? I'm so upset, Roger Federer is playing tonight too late for me to stay up, I assumed I'd be able to see it tomorrow,” one fan fumed.

Another added: “Can't record, can't pause, can't rewind, can't do anything! Live streaming is not user friendly. As a UK tennis fan I'm really disappointed and quite upset to think that this awful offering will be the only way I can watch my beloved sport in the future.”

One fan suggested Amazon to stick to what it's good at: "Hopeless doesn't describe it. A complete embarrassment....I will never pay for this service. You should stick to shifting boxes and box sets. Leave the serious stuff to the experts."

Other concerns include poor camera angles and navigation of games that run across four live streams (see below).

“My mother is in her 80s and has Parkinson's. She is effectively bed ridden. Watching tennis for many years has been one of the few things she can do,” wrote another fan. “Now she is completely unable to navigate even with an Amazon firestick control - even if she could read the small text or guess when a match is on.”

The criticism comes in spite of Amazon investing heavily into the event. Amazon Prime has set up its own studio at Flushing Meadows New York and brought in seasoned former pros such as Jim Courier, Greg Rusedski, Daniela Hantuchova and British pair Annabel Croft and Mark Petchey, among others.

Amazon hasn’t just acquired the rights to the US Open; it will show 38 ATP World Tour events exclusively in the UK and Ireland from 2019 to 2023, including all ATP World Tour Masters.

The Silicon Valley giant isn’t the only internet company to have teething problems in live sport.

Optus Sport’s disastrous coverage of the 2018 World Cup was riddled with so many technical gremlins it eventually allowed SBS to broadcast the whole tournament on FTA TV.

YouTube also suffered an embarrassing outage in its US stream of the World Cup semi-final between England and Croatia.

Formula One recently refunded subscribers after its stream of the Spanish GP experienced problems, and last month DAZN apologised to customers after troubles with its coverage of Italy’s Series A.

Facebook has begun investing heavily in live football rights across Asia and Latin America too. 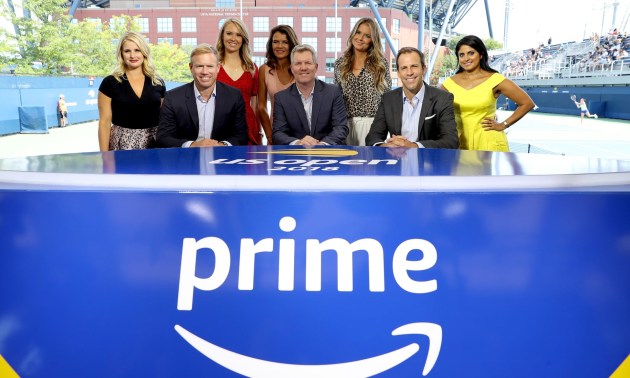 AdNews approached its former reporter Arvind Hickman, who now lives in London, to share his views on Amazon Prime’s US Open coverage.

Hickman said the coverage lacks the sophistication of a traditional sports broadcaster and will need to improve to win over fans.

“I’ve not had any streaming or technical issues that plagued Optus Sports’ World Cup,” he said. “However the major problem, ironically for Amazon's business model, is how inconvenient it is watch.

"You can only watch matches streamed live across four courts as there’s no catch-up or record function. For a tournament that runs between 4pm and 4am over here, that lack of flexibility is a step backwards.

“Sky Sports allowed you to record matches and watch it in your own time ­– something I believe Amazon will need to add to its locker if it is serious about sport.

“I also don’t feel Amazon’s US Open coverage is quite as polished as what you’d get from traditional sports broadcasters in the UK or Australia. There are fewer superstar pundits in their coverage and the statistical analysis and segments between play are lightweight."

Hickman says a surprising problem has been the navigation.

"Normally, I quite like Amazon Prime’s navigation architecture, but in its tennis coverage, getting from one streamed match to another is clunky as you need to scroll through each channel to work out who is playing. It’s not signposted or listed anywhere," he explains.

“Overall, I think it’s a bit of a foot fault for Amazon Prime Video in their first major crack at live sport over here. They will really need to lift their game for next season’s Premier League if they want to compete with the likes of Sky Sports and BT – football fans will be far less forgiving.”