Femvertising, it's a hell of a good start 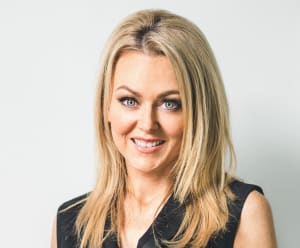 The continued rhetoric about women in adland and the rejection of the boy’s club has been the zeitgeist lately. Less talk and more action might help because those beating their chests about it are as guilty as those who are staying silent.

Chins up - it’s not all bad news! Over the last few years we have thankfully seen many initiatives on the fringe of the industry.

There’s the 3% conference originating in the US where manbassadors are asked to make micro-changes to their agency environments. There is a global creative network for women, called SheSays with Melbourne and Sydney chapters. Cannes Lions have the glass lion honoring work that challenges gender bias. And of course Clio have the gender-balanced award panels.

This surely signals a changing landscape? Recognising the significance of a new epoch to current industry practice means they know that women are the financial powerhouses of the future.

A common misconception is that “femvertising” may be the panacea to marketing’s masculine world.

A logical joining of the words “feminist” as in recognizing the difference and striving for equality and “advertising” as in promoting brands is a great start; but it’s really putting lipstick on a pig if that is where it starts and ends.

Find an issue that women feel passionate about (like their sovereign right to be treated equally) attach a brand to their cause, and promote the message to the world with a #hashtag.

USA fempro brand, Always, successfully created a campaign titled #LikeAGirl challenging the viewer to think about why being told that running “like a girl” is associated with negative connotations. As each person in the ad, male or female, girl or boy, had the realisation that they are using a term that belittles one sex over the other, a new age dawned. It’s a little like the lights going on in a participant of “Go Back to where you came from”. Their latest spot calls out the sexist standards of emoji’s, highlighting that the female icons trivialize womanhood and are stereotyping women

And the approach is one that works.

There are many tropes that a brand can handle, and India’s Ariel laundry products are one such with their empathy-building campaign #sharetheload. It is a beautiful slice of the modern-woman’s life and it ends with the compassionate and regretful father making his odyssey home to change his ways. We see him not only recognize the double standard around the home, but take responsibility for the perpetuation of this matter too.

It’s poetry in motion. A magnificent empathy-building vehicle to make women want to not only buy the product but salute them!

Closer to home, and flying the feminist flag is Australian campaign for ANZ bank with #letsmakeitequal. A piece of integrated communication that recognises the injustices of parental leave, time out of the workforce and the compounding effect on female superannuation balances. It’s truly refreshing to see a financial institution willing to segment their customer by gender and have a brave and honest chat about the injustices, not hide behind them or worse still blatantly ignore them. This is an institution willing to implement systemic changes and walk the walk. It’s a campaign that is right for right now - whilst issues around gender diversity and pay inequality are under scrutiny.

Where it goes longer term is the trillion dollar question… because if ANZ truly understand women, then this is not a “femvertising” attempt but rather the start of a long and genuine relationship with a really important audience who will out-earn men by 2020.

In 2009 and again in 2014 the Boston Consulting Group conducted a global survey of 12,000 women from forty countries. The outcomes were staggering. Women feel more time poor and less understood than ever before. What’s more they do not believe brands and advertisers have factored this in yet.

Real m2w is the ability to apply genuine insight. Build real relationships based on her needs, and demonstrate this behaviour consistently and over time. Femvertising might be a passing phase, but the real differences are waiting to be found.

Fact: they have more influence than ever before.

Fact: the industry has not caught up with the future. Women are the biggest disruption (and opportunity) that business will ever see.

True marketing to women is more than understanding women’s issues and feminist ideals. And whilst these issues do occupy a place in her newsfeed and inside her really busy head, the question begs… do they occupy a place in the most important place a brand needs to be?

Bec Brideson is a former creative director with more than 20 years experience in advertising. She has been director of her own agency, Venus Comms which specialises in marketing-to-women for more than 10 years. Recently she started a mentoring business and corporate, working directly with clients using proven methodologies to help them secure their share of Female$.