Like a Girl plays on gender stereotypes, then destroys them 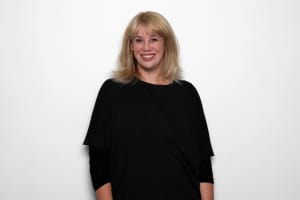 The #likeagirl campaign has started another debate about whether sexism is ever-present, whether gender stereotyping is still strong and whether advertising and brands specifically have any right to speak out on social issues.

As a planner I spend a lot of time debating what is and isn’t out of the conversation. Debating the rights and wrongs of social issues in my own head, in my work and in meetings.

The fact is I love that brands like Always and Dove are stepping into the debate. Actually, I think they do more than step in, they actually provoke and promote discussion. They keep the debate going. You see stereotypes and stereotyping run the risk of making sexism and gender discrimination the norm. They neutralize an important conversation. They make it about the common opinion and push anything counter or pro gender rights into the edges and niches of the day to day.

Off the back of International Women’s Day and the launch of the latest #likeagirl installment there has been a lot of opinion touted about whether sexism still exists in advertising. Surely (we ask ourselves) we have all moved on.

Unfortunately I don’t think we have, I just think we use that hugely destructive narrative differently now and thankfully you can’t get away with it as a default anymore.

What I mean by that is that I think stereotypes can be used to progress the conversation and suggest another way. If they are no longer the default then they are the trigger for change. They aren’t blindly accepted anymore so they can be debated.

When used by brands like Dove and Always who use them brilliantly, they are constructive not destructive. They provide a pushing off point. They allow the brand to connect with the core audience over an issue. They offer something to stand against and in doing so, something to stand for.

Think about it. If we didn’t stereotype beauty one of the most successful campaigns in advertising would not have existed. Dove’s ‘Real Beauty’ would not have been born.

The iconic Untied Colours of Benetton work wouldn’t have either. Most recently, if Always hadn’t made us stop and think about the default phrases such as “like a girl” that are used everyday we wouldn’t have the powerful piece of work we have now. Pantene, from Thailand the recent viral sensation ‘Love has no Labels’ - all this work plays to the stereotype; the common and misguided logic and then it destroys them.

I guess that is the right approach to stereotypes and sexual or gender discrimination - draw attention to it, defy it and break it. And I think advertising can do that in a way that most mediums can’t.

Advertising can do it in a way that reaches a mass audience, that sneaks into the social vernacular and makes a point about something bigger that the brand it is selling.

The rise of social commentary is not new but it is growing. Brands are more aware than ever before of the world that they live in as much as we spend our lives looking at the world consumers live in. Brands have started to take on a social currency played out in media the world over.

Advertising has an ability to keep issues into the conversation and to keep them on the agenda without politics. For me that is a wonderful thing. If advertising wasn’t doing it I wonder who would?

Of course the world around advertising also makes us massively responsible for the messaging we put out there. If we are going to move brands into the space of social commentary we better be sure that we have the brand right to go there.

Consumers, competitors and culture are quick to point out when we get it wrong. When we have been lazy and used stereotyping to tell a story without clear insight or when we have been sexist in any way. That is also a good thing. In fact it is a great thing because it means we can use the right message to spark debate but if we use the wrong one we are rightfully pulled up on it.

The media find a reason to start a new conversation about the issue. Sexism sadly does still exist and it has not gone away. But as long as brands and the world of communications keep it on the radar we stand some chance of getting rid of it in the future.

I just don’t think we are there yet.