Creativity is a numbers game 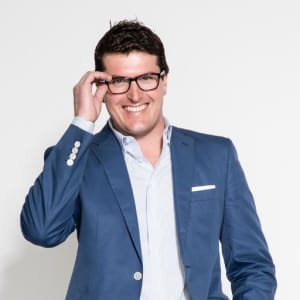 There’s a debate underway in our industry. The consultants are all over the numbers. They have the data and think they're in prime position. The agencies claim the creative ability – so they think that’s the edge.

The best results emerge where there is a positive relationship between numbers and creative. Bach knew it, Leonardo da Vinci too.

For a couple of decades, there’s been a split between media and creative, an emerging gulf between content and context. In today’s world it makes no sense.

What’s not well known is that we’ve been there before. Maurice and Charles Saatchi first prompted the separation between media and creative in the 1990s. It was a decision founded on economics. Pre-internet economics.

Fast forward to 2017. It’s a radically different world. Any disconnect between media and creative is madness. If your goal is to drive the commercial success of your clients, that requires content married to context.

It’s not that the Saatchis’ decision was wrong. It was right then. Today we live in different times. Each day there are new technologies, shifting consumer preferences and expectations, and disruptive business models that demand a different approach.

And commercially creative outcomes are not limited to advertising. The numbers mean we understand the clients, the consumers and the marketplace. The creativity ensures we aren’t constrained by convention.

Put them together and you have a framework allowing us to achieve commercial outcomes for our clients that might mean developing a product, crafting communications, or experiences. Advertising too – but not exclusively.

This should drive a big shift in our industry – not least in terms of the payment models applied. Commercial creativity shouldn’t involve exclusively time based rewards. It’s less about having a good idea and passing over the IP, and more about shared vision and shared rewards.