Can brands take an honest stand? 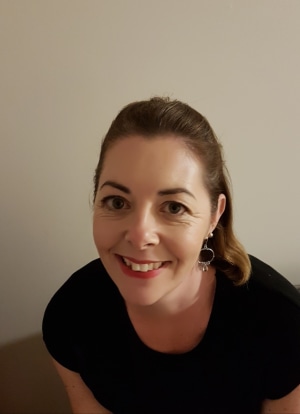 Clint C Wilson, co-author of a book, ‘Racism, Sexism and the Media’, was quoted in this month’s Economist saying that the ABC network in America canned the re-launched Roseanne show based on an economic decision, knowing that advertisers would pull spots that featured alongside the TV comeback.

This of course implied that those advertisers made a moral call on how and where they preferred their brand to be represented.

I found this slightly laughable and shamefully two-faced. I’m sure if I scoured the internet enough, some of those advertisers would also be found languishing in the darkest reaches of the world wide web.

Truth be told, we’re not entirely sure where we should position the moral ringfence for brands/advertisers, that is, where and when it’s appropriate for them to be seen cavorting in the world of ethics and campaigning.

Take for example ‘SpyCops’ and the, what I see as unfortunate, outcome suffered by Lush in the UK. Brand takes a stand, brand gets shot down, brand probably ends up in a cell with Louis CK for company. In case you missed it, the soap company caused outrage after launching the #SpyCops campaign, which saw posters put in shop fronts featuring police officers and the words "paid to lie", along with faux police tape saying "Police have crossed a line".

A headline from the Independent UK

I read some comments online, not many. Most were on LinkedIn – the only social media outlet I am guilty of succumbing to (that’s my own moral ringfence, right there).

The implied consensus, or the starting point of any argument was that Lush had taken this stand – to highlight abuses by undercover police in the UK – as part of a marketing tactic, or a ‘story’ that would help shift ‘Dragon’s Eggs’ bath bombs and ‘Lavender Vida Loca’ soaps.

I’d hazard a guess, although I could be utterly wrong, that ‘SpyCops’ was less designed to fill cash registers – despite what ‘expert marketers’ think - and that is was more in keeping with the company’s 22-year history of engaging in direct action activism and generous fundraising.

Check its wiki page for an impressive list of ‘good doing’. Imagine: brand engages in comms messaging for motives other than fiscal!

Understandably, some members of the public were concerned police bashing was afoot, and although that was not the case, it’s hard to get nuanced messages across at the best of times – perhaps that’s where Lush might have been best placed to call upon some comms experts.

For me, however, it brought to the surface those same questions around that moral ringfence, and if/when/where it’s acceptable for a brand/advertiser to speak out.

I’d argue that brands should be dipping their toes, if not their entire torsos, more regularly into some ‘Lavender Vida Loca’ infused waters.

There are thousands of issues that are becoming more pressing by the day – I won’t even begin to list the ones that cause me alarm on a regular basis (we’d run out of space) – don’t we need those with money, access to media and social influence to get on board?