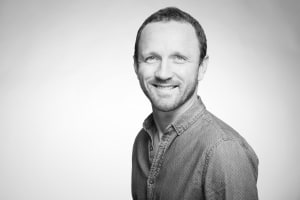 Remember when superheroes saved the world all by themselves?

Back in “my day” (old person alert!) good old Superman, Wonder Woman and SpiderMan didn’t need any help. Yeah sure, Batman occasionally had Robin, but that annoying little offsider always did seem a little superfluous to requirements.

These days, all the superheroes are teaming up together to take on the baddies. Like a bunch of council workers fixing a small pothole in the road at midnight, they’ve decided that many hands make light work, and are no longer flying solo.

Marvel’s Infinity War has approximately 2.6 million superheroes in it, and they’re calling it the “most ambitious crossover event in history”, such is the large collection of characters from different movies in the film. Yet to me, it just screams of a lack of accountability and sheer laziness. If you’re so bloody ‘super’ why do you need so much help?

Or, perhaps, just maybe, they’re onto something...

That geeky intro did serve a purpose - I promise - because if I think about our industry, and in particular my discipline, I believe that far too many strategists work alone.

Strategists are naturally inquisitive. It goes hand-in-hand with being the individual responsible for “finding stuff out”. Yet I’d argue this shouldn’t be done all by your lonesome.

It is in the initial parts of the communications process - when the business problem needs to properly articulated, the target audience correctly identified, and a powerful insight unearthed - that the strategist proves their worth. Well, the half-decent ones anyway. If your strategist isn’t providing this, it might be time to ask for a new one.

This part of the process is the most important, for if you don’t have the right business problem, target audience and insight, you’re in a bit of trouble. The likelihood of creating something effective that will solve the client’s issues decreases quite significantly if you’re answering the wrong business problem, talking to the wrong audience, or don’t have a valuable piece of insightful information.

It does, therefore, seem a little peculiar that these important responsibilities often fall to just one person. Surely it would make sense to have as many capable people as possible working on these components to ensure you have absolutely nailed them.

On the last couple of pitches I’ve worked on, we’ve deliberately had at least two strategists working on the initial stages of the process. On one pitch, which – ahem, modesty cough - we were successful on, there were FIVE strategists present in the kick-off session and then working in the upfront discovery phase.

Apart from the obvious benefit that more people can discover more things, the real advantage of having more bodies around to start things off is that numerous different perspectives are provided, and there are more robust strategic discussions, both of which can only be a good thing.

There is naturally the reality that you can’t have a handful of strategists working on every single brief. That is neither logistically possible, nor financially savvy. However, there is nothing to say that on a select number of briefs, you shouldn’t throw the entire department at a problem for a couple of hours, or have at least two strategists working together for the first couple of days.

I actually think two is the ‘golden ratio’ in some respects, because any more than that and I fear you suffer the law of diminishing returns. To my earlier superhero point, there does need to be some accountability, and if everyone thinks it’s someone else’s responsibility, you fail to get the very best output.

I’m always jealous that creatives get to bounce ideas off each other, or that suits can hunt as a pack. Yet there is no real valid reason for this envy, as strategists can – and should – do the same. Strategists should work as a team as well, because you get the best results when you don’t try to do everything yourself.

It’s precisely why I love to be challenged by strong suits who have a strong strategic opinion. (Sidenote for the suits reading this: ‘Strategic’ suits are the best suits.)

It’s true that some strategists like to be lone wolves, but that simply highlights another advantage to the ‘more-than-one’ approach: suppressing egos. The sad truth behind the motivation for some strategists preferring to work alone is that they simply don’t want their thinking challenged. And if they ‘own’ the information and research by themselves, it’s hard to argue with their conclusions.

Yet if that information and research has been argued, filtered, vetted, scrutinised and quality controlled, it can only lead to better inputs, and therefore, better outputs. Which, ultimately, is the aim.

Oh, and if you really want to keep egos in check, assign a senior strategist to be a more junior strategist’s deputy for a brief or two. It’s a nice way to keep everyone grounded, without compromising the thinking.

Whatever tactic you choose, just remember that strategy done in isolation is rarely a good thing. Don’t be a hero. Be a modern-day superhero and admit that “help” isn’t a dirty four-letter word.