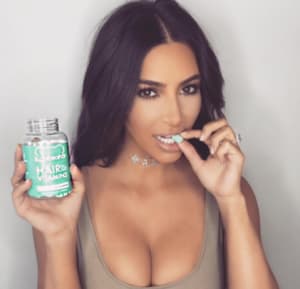 The Kardashian family is known for over-sharing, but recently it hasn't been their lack of clothing causing a stir, rather their lack of disclosure on social media.

The Kardashian-Jenner clan came under fire after for not marking that more than 100 Instagram posts that were paid product placements.

The American watchdog, Truth in Advertising, notified the Kardashians they were to take the posts down or the Federal Trade Commission (FTC) could open an official investigation.

Unlike the US, where sponsored posts must be clearly marked, there is no law in Australia requiring an individual to do so. This could be because the influencer market is more established in the US, where as in Australia it only really started to boom in the past two years.

The closest precedent we have in Australia consumer law relates to testimonials and reviews, which must not mislead or deceive, leaving it in the hands of influencers to decide what they disclose if they disclose anything at all.

Since Truth in Advertising approached the Kardashians, they have added hashtags to their posts to disclose to their millions of followers where they have been paid to spruik a post.

In the all the Kardashian/Jenners Instagram images they have added the hashtag #ad [Image: Kylie Jenner]

“The average consumer would miss these short abbreviated labels,” she says. “It is not clear and is ambiguous. What we are looking at is the collision between advertising and authenticity as brands try to leverage the genuineness of influencers.

“The more they pay the less authenticity there is and it becomes just about reach and then we’re back to the old models of advertising.”

The top influencer marketing agencies in Australia have very different models. Social Soup values creating partnerships not paid per posts models, whereas Tribe, the brain child of Sydney radio presenter Jules Lund, can pay influencers up to $1200 a post, according to its website.

Tribe “strongly recommends” influencers add #spon, #ad or similar in captions on Instagram, especially if an audience can't reasonably identify branded content. But, there is no way to enforce this recommendation as influencer marketing is currently self-regulated.

However, Lund says there are risks to not being honest to social audiences, which could impact the entire influencer industry.

“There’s a risk to the longevity of the industry. We compete in the industry with a number of other companies, and if they compromise these guidelines for a quick win, or short term dollar, then it detracts from the media as a genuine marketing channel,” Lund says.

Australia left in the grey

Personality-driven marketing is expected to hit $240 million in 2019, according to PwC, and as dollars pour into the medium, many are questioning if there needs to be tighter restrictions on influencers.

With a global media economy well established, it begs the question - why is the US is cracking down on undisclosed endorsement deals, while Australia is left in the grey?

Smith believes the ACCC does need need to provide better official guidelines, as influencer marketing continues to grow in Australia.

“Disclosure is paramount when money has been paid otherwise it is misleading and potentially deceptive advertising.

“The influencer space is a new and quickly growing industry and I have no doubt we will get to a good place and have good agreed guidelines in the near future,” she says.

Aaron Brooks, co-founder of influencer company Vamp, disagrees with Smith. He believes the ACCC already has clear guidelines on what constitutes deceptive or misleading advertising which applies to influencer marketing.

“It is ultimately the talent's decision. It's their channel. However they need to maintain authenticity and only represent brands that they feel passionately about and which have a natural fit with their social persona,” Brooks says.

The ACCC responded to AdNews' queries, saying people or businesses who promote products or services through influencer marketing should have genuine connection to the business. The industry body added a person can contravene

ACL if they don't make it clear to consumers it is a paid advertisement, although AdNews understands there are no cases where the ACCC has intervened yet.

The power of influencers was a recent gripe Media Watch's host Paul Barry. You can read more here.