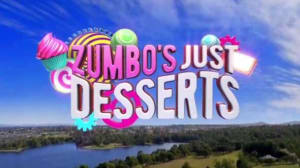 Zumbo’s Just Desserts has fallen from its sugar-high, attracting a metro audience of 830,000, which is down 23% on episode one.

The return of Seven’s Australian drama 800 Words pulled an audience of 877,000 - down 28% on its 2015 launch episode. However, it’s overnight metro and regional figures show the program reached 1.4 million Australians.

Nine’s The Block, which was the most watched entertainment program of the night, held strong with an audience of 944,000 – down on Sunday’s season launch and Monday night’s show.

The renovation show was also the most watched show across all key demographics.

The audience drop off for last night’s episode of Zumbo’s Just Desserts reflect some of the negative reactions the show received on Twitter. According to social media monitoring businesses Meltwater, which has clients such Ford and L'Oréal, 40% of the more than 250 posts about the show had a negative sentiment, 35% were positive and 25% were neutral.