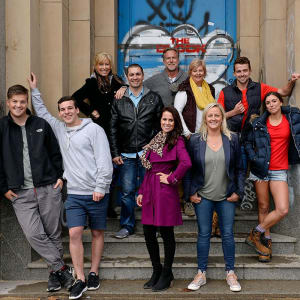 Now the Olympics are coming to an end, the real TV competition is heating up between networks. Last night marked the debut of Nine’s popular renovation show The Block and Ten’s Australian version of Survivor.

The Block return is on par with its 2015 debut results, holding a strong audience despite the impact of Seven's Olympics.

Nine's 60 Minutes was able to build on the big audience of The Block, airing after the show to an audience of 928,000 people, who tuned into to watch Sweaty Betty boss Roxy Jacenko.

The PR queen pulled a crowd, as she got candid about her husband’s jail conviction, her cancer diagnosis and how her Insta-famous daughter, Pixie Curtis, is dealing with her dad’s absence.

The Block was the most watched program in the key demographics of people aged 16-39, 18-49 and 25-54. During the show, Domain unveiled its spring campaign starring the actors of online series Avalon Now.

Survivor kicked off last night in what is looking like one of the most competitive TV slots this year. It is worth noting it had to build from a lower base than The Block, with only 528,000 people watching Family Feud in the time slot before.

The show, which hasn’t resonated as well with audience in the past when it was broadcast on Seven and Nine, saw 783,000 people tune into the launch episode.

Another 1000 people turned to Ten to watch the Survivor Tribal Council decision, which saw the first contestant of the series sent home.

Ten chief programming officer Beverley McGarvey says the network is pleased with the response to the first episode of Survivor.

"It attracted solid audience numbers on television and on social media, and increased TEN’s audience in its timeslot significantly. The feedback on the 24 contestants and our host Jonathan LaPaglia has been very positive. And this is just the start. The rest of the series gets more exciting, spectacular and engaging, starting tonight with a brilliant challenge and tribal council," she says.

Twitter was abuzz during the program, with media personality Chrissie Swan, BuzzFeed news editor Rob Stott and News Corp entertainment writer Nick Bond all tweeting throughout the show. #SurvivorAU has been trending on the platform for several hours.

Sportsbet, TAB and AHM Insurance also got on board with the conversation. AHM Insurance tweeted its distain when a contestant said she was pretending to work for an insurance company so people wouldn’t think she was a threat.

The people of Twitter were particularly vocal when competitor Des was booted from the show, despite having a personality that is made for TV. According to Twitter, 23% of all Tweets about #survivorau mentioned the calamity character.

The show won rave reviews from fans on Twitter, with a Canberra journalist writing: “Producers have the look and feel down pat. It’s not a cheap rip-off, it’s classic survivor.”