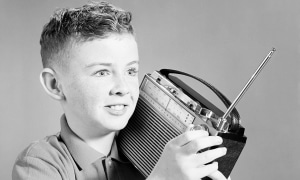 The move, which to many is long-overdue, is part of a three-year strategy to develop a “road map to the future for radio audience measurement”.

Commercial Radio Australia, has extended its measurement partnership with GfK, which provides the 6-weekly audience survey data, for five further years. The two will work together on what they are calling a Measurement Innovation Program (MIP) “to explore the potential for a hybrid future for radio measurement”.

Radio audience figures are still collected by a written diary – which to some seems an archaic way to gather the data and there have been calls for modernisation.

Commercial Radio Australia, and GfK have been testing and trialling several new ways to collect the data over the pas 12 months, but have not landed on a method that satisfies calls for improvement.

It has trialled smartphone app, and a watch-like wearable listening device, but found flaws such as the inability to pick up audio when users were listening via headphones, and non-compliance.

What the tests did show, however, was broadly similar patterns of listening across demographics as recorded through the diary method, according to the group.

It plans to now look into using electronic data to supplement the diary data, and integrate radio streaming data.
CEO Joan Warner says: “Radio listening is ubiquitous. It takes place across place, time and now platform. Our objective is for Australia to develop a world’s first radio audience measurement system that uses an enviable suite of tools to provide an holistic view of Australian radio listening.”

The current survey method claims to survey 70,000 listeners across the five state markets. GfK is also expanding the panel of participants recruited online from 20% to 30% of the total, and introducing an e-dairy.

The body unveiled its brand positioning three months ago as part of a move to better reflect the dynamic of radio beyond the airways and attract more ad dollars. It is giving a more detailed outline of its refreshed vision and strategy at its annual conference in Melbourne today (12 October).

AdNews travelled to Melbourne as a guest of CRA.