The world is today mourning the passing of David Bowie. The man who was - at different times and yet all at once - David Jones, The Thin White Duke, Ziggy Stardust and Aladdin Sane, died yesterday surrounded by family at his home in New York.

Fans, the public and the media all reacted to the news by taking to social media to make a tribute to the cultural icon, including television presenter Lisa Wilkinson and former ad exec turned public speaker Cindy Gallop. 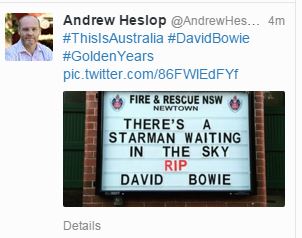 In the seven hours following the breaking news, more than 4.3 million tweets were sent about Bowie. In addition, Twitter collated the most-tweeted songs in tribute to the singer, with Heroes from the 1977 album of the same name coming out on top, and the songs Starman and Ziggy Stardust, both from the 1972 album The Rise and Fall of Ziggy Stardust and the Spiders from Mars, coming in at number two and three. 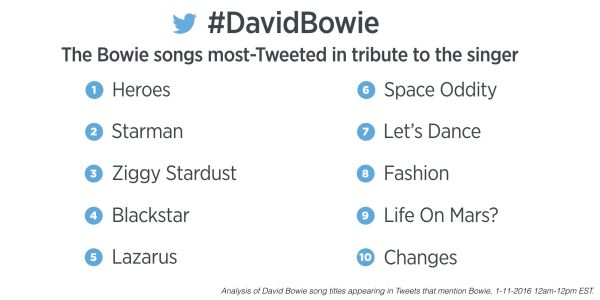 Spotify reports that streams of Bowie songs (solo material, not collaborations) are up 2700%.

Media outlets also made their own tributes to Bowie, with the front pages of all the metro mastheads covering the news.

The Australian borrowed lyrics from Bowie's 'Ashes to Ashes' from the 1980 album Scary Monsters (and Super Creeps) for its front cover. 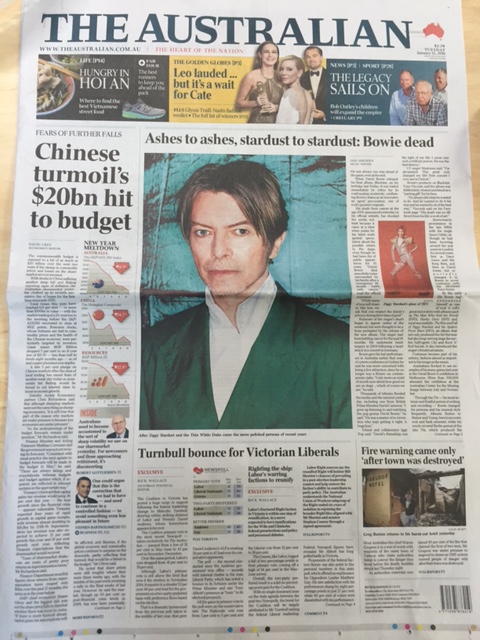 In contrast, the Sydney Morning Herald went with a more simple iteration for its front cover. 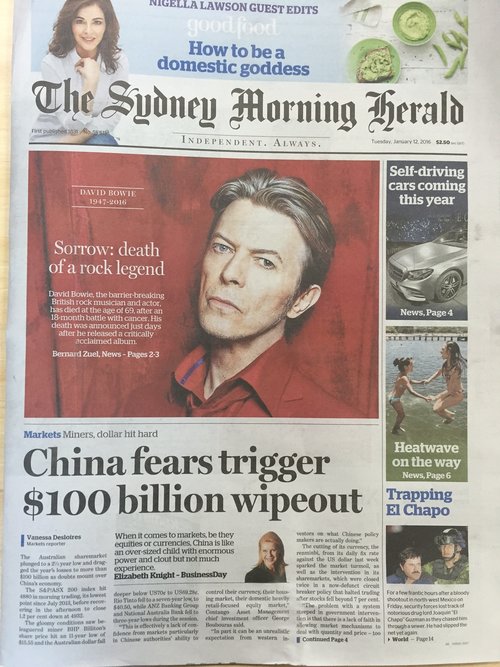 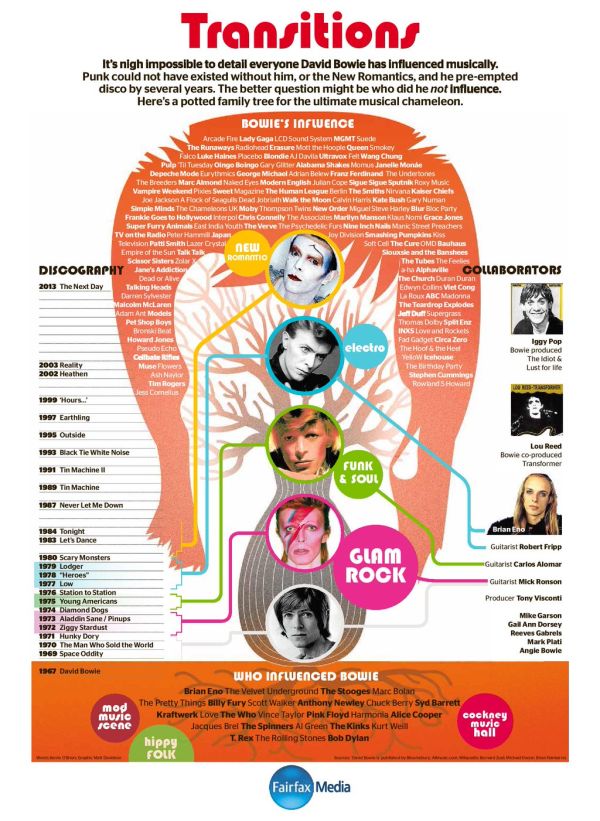 Overnight, press in the UK and US also covered the news with Bowie's face gracing a variety of different news covers, and a number of articles in tribute. 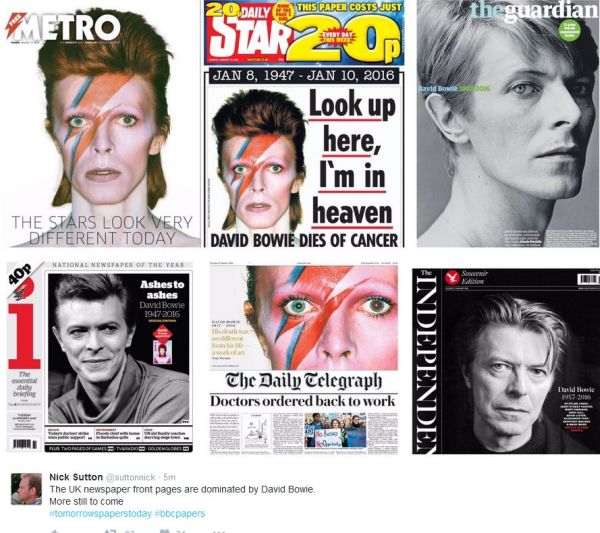 This beautiful GIF from Helen Green has gone viral since the news of Bowie's death. Green called the creation 'Time May Change Me' and it comprises 29 colored pencil drawings of Bowie during various stages of his career, including the many, many hairstyles.

But today, is all about the music. AdNews editor Rosie Baker said choosing a favourite song from the vast David Bowie catalogue is a challenge.

"Although, I've never been an all out dedicated Bowie fan, listening to BBC 6 Music's basically back to back Bowie tribute for several hours last night via the BBC Radio app, each new song that came on I thought 'this is a great track' or 'this is my favourite'," Baker said.

"Much like I did as I wandered around the 'David Bowie is' exhibition at Melbourne’s ACMI gallery earlier this year. So picking an actual favourite is tricky. But, for me, it has to be Starman."

Closer to home, we asked the industry to send through their favourite Bowie songs. Got one to add? Send it over:

CEO and founder of Datalicious, Chris Bartens, must be a big fan as he had has quite a few - Where Are We Now? Heroes, Young Americans, Suffragette City, Dancing Out In Space, John, I'm Only Dancing, I Can't Give Everything Away and V-2 Schneider.