Looking back from the future of marketing 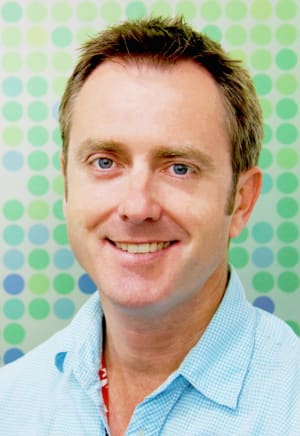 What Marty McFly would have experienced as a consumer in the 80s, with the marketing of microwaves for example, is very different from how he would find a kitchen appliance like the Hydrator promoted today.

Back to marketing basics:

Microwaves were the high-tech kitchen items in the 80s. Their prevalence in Australian homes grew exponentially, due in no small part to ad campaigns. Media plans were comprised of several standard elements with the goal of getting a company’s name and product out there. Quantity trumped quality in regards to who was reached with the message.

TV and print advertising were the primary mediums. With limited TV channels (just four metro networks and only two in most regional areas of Australia), delivering a message to the intended demographic was a matter of choosing the best day and time slot for advertisements.

The main challenge for marketing at the time was the lack of precision in targeting an audience. Both primary and secondary methods required a time consuming process of trial and error before optimal results could be achieved. There was little-to-no collection of audience data to start building profiles of customers as actual human beings.

Marketing tactics and hairstyles aside, much has changed since the 80s. New tools and technology and the sophisticated use of data has made advertising a science, reshaping how messages are crafted, delivered and evaluated.

Marketing in 2015 is anything but basic:

In Back to the Future II, the chrome plated Black & Decker Hydrator was portrayed the epitome of kitchen gadgetry in 2015. In reality an appliance that converts compact dehydrated foods into full meals hasn’t (yet) materialised, but if it did, the methods used to launch and promote such an appliance would be markedly different from those when the movie was made.

In place of the trial and error technique, digital advertising these days would be used to promote an appliance like the hydrator to exact target audiences with results available instantly, rather than months later. Gender, income, age, location, interest in electronics and countless other variables would be adjusted to ensure ads reached the right people via any medium.

Social media provides a forum for immediate feedback and conversations with brands that couldn’t be imagined in 1989.

We don’t have time travel, but we do have real-time marketing:

Database marketing was all shiny and new in the 80s, but really brands only had the most basic of data to use, manually updating datasbases as they went along. In 2015 we know infinitely more about consumers, their likes, dislikes, demographic and geography.

Advances in audience data can provide a better understanding of the path to purchase, giving campaigns context-awareness and treating consumers as the unique individuals they are, rather than just one homogenous group.

Plus thanks to automation we can use all this insight in real time and what would have taken six weeks in direct mail planning in 1985, now happens in 200 milliseconds.

A major transition has taken place over the past three decades. Laborious and inefficient practices of mass-marketing have been replaced by modern methods that deliver precise and instant results with ease.

But left unchanged is the destination. The goal of today’s brands is to go places previously unseen and veiled in unexplored potential. Widespread growth, new levels of profits and contact with people that once seemed beyond reach.

“Where we’re going, we don’t need roads,” said Doc Brown famously. Where marketing is going, little more is needed than creative and masterful use of the tools that are already available.

Trent Lloyd is co-founder and managing partner at Eyeota