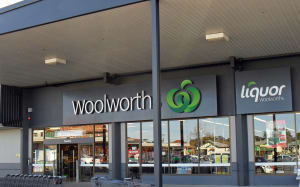 Google has taken out the number one slot in the BrandZ Top 100 Most Valuable Global Brands rankings, knocking Apple off the top spot.

The list which is released by WPP and Millward Brown, sees the tech giant topple Apple off its perch, with continual innovation, increased revenue from advertising and growth in its cloud business all being cited as reasons why Google has again been named the most valuable brand.

Google increased its value by 32% to $229 billion, while last year’s leader Apple dropped to number two position after declining 8% in value to $228bn. Microsoft comes in third after growing 5% to $122bn, while Facebook and Amazon entered the top 10 for the first time.

When it comes to Australian brands, Commonwealth Bank comes out on top, with the bank taking out the 64th spot on the list. CommBank's brand value has dipped however, dropping 21% year-on-year or from US$20.6bn to US$16.2bn.

ANZ also makes the list nipping at Telstra's heels in 77th position. Its value has also fallen however, dropping 27%, or from US$17.7bn, to US$12.8bn.

Last time the list was released there were five Australian brands taking out the honours, this year there's only three, with Woolworths and Westpac are no longer in the top 100. In 2015 they were 87th and 84th respectively.

The BrandZ data and analysis indicates that this was a stable year for the world’s most powerful brands in the face of global financial pressures, including the economic slowdown in China.

However the brands that innovated, and then showcased their innovations to consumers through the brand experience, have achieved standout growth with Google, Amazon and Facebook acting as prime examples.

“The brands that thrive, regardless of sector, are those that behave like challengers and adopt disruptor models and mindsets,” says David Roth, CEO EMEA and Asia, The Store WPP.

“They’re shaking up other categories with innovation that goes beyond new products or technologies – transforming the way a service is delivered, enhancing the consumer experience or changing a format. The power these brands already hold, combined with the strength of their platforms, is enabling them to quickly and successfully move across sectors.”