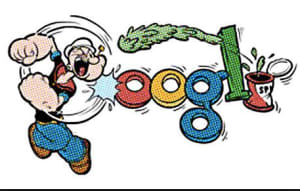 Google’s holding company Alphabet has increased its lead over Disney as the world’s largest media owner while Facebook is the fastest riser, according to a report by Zenith.

Alphabet’s media revenues were US$60 billion last fiscal year, 166% more than its nearest rival. In last year’s report, the earnings difference to Disney was 136%.

Rounding up the top five is Comcast, 21st Century Fox and Facebook.

Aside from Google, digital companies among the top 30 media owners have all risen up the list this year – Facebook climbed five spots to fifth, Baidu was up five spots to ninth, Yahoo jumped three spots to 15th and Microsoft was up four spots to 17th.

Facebook is the fastest‐growing media owner with media revenues up 65% on last year. Baidu is second‐fastest (up by 52%) and Alphabet is third (up by 17%).

Collectively, digital media owners generated US$88 billion in media revenue, which is 34% of all the revenues generated by the top 30 companies and 65% of the entire global internet advertising market.

The growth of digital players on the list is another sign that advertisers are continuing to divert money away from traditional media and into digital.

Digital adspend has grown at an average of 18% annually for the past five years, driven by the spread of mobile technology, the rise of social media and online video, and improved advertising technology, such as programmatic buying and local real‐time search.

Adspend across other media grew by just 0.6% per annum, and traditional media owners have not found it easy to supplement lost revenue with investments in digital.

This is particularly the case for newspapers and magazines, who have often struggled to find the right revenue model to commercialise content online.

Nearly half of the top 30 media owners have lost media revenues compared to last year.

In two cases this is because media owners have disposed of assets. Time Warner spun off its magazine division Time Inc, which makes its debut in this report at number 30, and CBS Corporation has pulled out of outdoor advertising.

Zenith’s head of forecasting Jonathan Barnard says when programmatic buying spreads to traditional media it will not only shake up these businesses but could provide new opportunities for growth.