Whybin's ECD on how David Jones has dived into culture 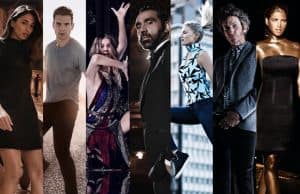 Fashion retailer David Jones has again made a splash with its advertising this week, rolling out its latest brand push under the banner It's in You. The ad generated widespread press, and according to one of the executive creative directors behind the project, Whybin's Gary McCreadie, it's because the brand managed to launch itself into culture.

Speaking to AdNews about the campaign, McCreadie said while the business is obviously about people, it should also focus on culture first in order to give it that relevance.

“Back in the day when David Jones founded the business, it used to be at the forefront of culture and over the years it might have lost its way a bit, and Victoria Doidge its general manager of marketing, and ourselves, are on a mission to get it back into the culture,” he said.

Being a big department store, it is only natural for David Jones to be involved in culture, however, in order to get there, McCreadie reckons that a brand almost needs to “oversteer” into culture.

“You use Daniel Johns and you do something with technologly and all of a sudden you're catapulted into culture,” he said. “You're riding a wave of culture rather than riding a wave of your own heritage.

“The pillars that we're looking at are: culture, technology and fashion, and the amalgamation of those things. Those things married up; we get into a really interesting place that's really modern and really real, that resonates with people rather than just talking at them.”

One way that the brand really used culture with this campaign is it enlisted a bunch of ambassadors that spoke to the different pillars they were hoping to tap into. They are You Am I frontman, Tim Rogers; Sydney Dance Company dancer, Juliette Barton; champion high jumper and model, Amy Pejkovic; model Tahnee Atkinson; and actor, Alex Russell. However, the one that drew the most attention was former AFL star and Australian of the Year, Adam Goodes.

Goodes was recently embroiled in a booing scandal in his final months as an AFL player and his appointment to the brand has drawn a mixed reaction.

However, McCreadie believes he was a great appointment for the brand saying: “Adam Goodes is very brave to do this and put himself out there. All those hateful comments, it almost shines a spotlight on him and makes people realise how ridiculous it is, and then David Jones coming out and standing by him, it makes it even stronger.

“The world sometimes needs people like Adam to put themselves out there, to almost draw the hate out, and then the people who don't agree with all the hate come out and back him. I think it's great.

“Good on David Jones for going 'this is ridiculous, he's our guy'.”

Research from Roy Morgan agrees with McCreadie citing that David Jones’ decision shows a thorough understanding of its customers. Goodes was also appointed by the brand to advise on its Reconciliation Action Plan (RAP), with Roy Morgan's research noting that 73.1% of Australians aged 14+ agree that ‘Aboriginal culture is an essential component of Australian society’. This figure rises to 78.1% of people who shop at David Jones in an average four weeks.

With certain areas of retail becoming more transactional, McCreadie told AdNews that as a creative it is great to do work that has a higher brand message.

“Working for David Jones, the guys had done amazing work and made it feel premium again, made it feel like it meant something to people. It felt like it was on the cusp of making the leap into doing some really great cultural work.

“For me, it was like a pass into an open goal, because we've been working on some work very similar back in the UK, and we had a very clear vision about how culture has to lead it. It felt like the right time and Victoria was keen for it. It felt like we really helped get it into culture and get a really good feeling out of it."