Whybin: ‘Respect for advertising has waned’ 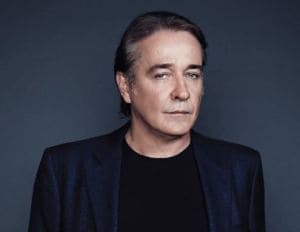 Scott Whybin’s surprise exit on Friday from the agency he founded 21 years ago raised questions of what the advertising sage will do now.

Whybin – somewhat disillusioned by the current state of the advertising industry – is planning the launch of a new venture, but he’s adamant it won’t be an “advertising agency”. Whybin confirmed that he does have some clients and a team on board – but wouldn’t reveal any more.

“It’ll be marketing-based business evolution … and P.S. we do ads – not just ads,” he told AdNews.

“The landscape has changed so much that it’s lost respect. Respect [for advertising] has waned. I want to reinvent it and bring intellectual property back to the top of the list. I want to bring the respect back and it’s not just about ads.”

“Respect for Intellectual property and value has gone out the window … but it can change businesses. There are agencies that are just whoring around for the lowest fee, but I want to change the way IP is perceived and valued.”

While his exit may have been a surprise, his new direction follows the acceptance speech he gave at the AdNews Agency of the Year Awards 2014 when he was inducted into the Advertising Hall of Fame. He gave an impassioned speech to the room about charging appropriately for its talent, skills and creative ideas. He told the room of advertising execs not to "underestimate or marginalise" themselves or the industry.

“Everyone out here who thinks they believe in this business, tell me one thing, remuneration is positioning, if you think you're great make sure you charge appropriately for it,” he said.

He told AdNews that he had resigned in December but global TBWA CEO and president Troy Ruhanen had come to Australia to convince him to stay on.

Whybin described the current state of the industry as “seagulls circling for crumbs” and said he had become restless at TBWA where he was chairman and regional creative director, but added that he had enormous respect for TBWA locally and globally.