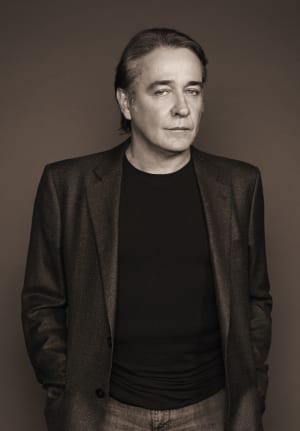 Whybin\TBWA founder Scott Whybin has resigned from the agency he started 21 years ago.

Whybin, who is the chairman, regional creative director and founder of Whybin\TBWA Sydney, Melbourne and Auckland is understood to have been in talks with TBWA globally, and decided to exit the business.

It is not known how this will affect the branding of the agency - which holds his name.

Whybin was inducted into the AdNews Advertising Hall of Fame in 2015. In his acceptance speech he talked about the need for the industry to value itself.

Paul Bradbury who is CEO of Australia New Zealand takes full responsibility for the region.

A statement from Whybin\TBWA reads:

"Last year Whybin was inducted into the AdNews Hall of Fame for an exceptional career spanning over 30 years, including being the youngest ever Creative Director at The Campaign Palace at age twenty-six. Whilst at The Campaign Palace, Scott wrote five of the Top Ten Australian ads of the last twenty-five years, including Dunlop Tyres and ‘Sic’em Rex for Antz Pantz. Scott has won every local and global award and accolade that our industry offers.

Four weeks ago, Whybin\TBWA was crowned the 2015 Australian Network of the Year by AdNews.

Keith Smith, TBWA President International Global Markets says: “Scott has helped to nurture and develop a significant number of the most talented and successful people working in the industry today, many of them are still working at Whybin\TBWA”.

“Paul Bradbury has been with Whybin\TBWA for over ten years, is the Regional Chief Executive Officer across Australia & New Zealand and has full responsibility for the region”