Why the Optus roster unravelled 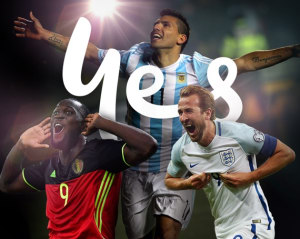 Two years ago Optus revealed a major shake-up to its roster after a mammoth pitch process across its creative, digital and media account, appointing eight agencies to its roster.

Under the new arrangement, Big Red, M&C Saatchi, The Works, Emotive, With Collective and AKQA were added to the creative roster, with UM appointed to handle the creative account.

It later appointed an additional two agencies - Octogan and We Are Social.

Host, now Host/Havas, and Starcom lost out in the pitch.

Now, only two years later, Optus is again reviewing its agency arrangement and is expected to take most of its creative in-house via the recently-formed Yes Agency.

It comes as no surprise to the industry, with uncertainty hovering over the entire Optus account for the last six months.

At the time the logic behind such a complex arrangement of agencies was questioned and since then it has been labelled a “shit fight”, “problematic” and a “terrible decision” by many in the industry who are familiar with Optus and the workings of larger rosters. They wish to stay anonymous.

All agencies on the roster were required to pitch for most major projects under the arrangement.

We are Social was dropped several months ago, With Collective stopped working with the brand, digital communications were reviewed last year which was thought to impact The Works, no work from AKQA or Big Red has been seen in more than 12 months and many suggest M&C Saatchi has been, or is about to be, dropped.

Emotive is one of the only agencies that has produced consistent work for Optus since being appointed, such as the Cuba Gooding work from last year, and is said to still be on the roster. Sources say that AKQA still works on numerous projects for Optus but they could be outside the marketing realm.

Now, 72andSunny has been added to the roster and Host/Havas has been working with Optus on various projects, AdNews understands. UM remains as Optus’ media agency and TBWA continues to work with Optus-owned Virgin Mobile - an arrangement that was announced at the same time as the 2016 roster review.

One executive told AdNews the internal pitching was constant and “draining” for agencies that often offered duplicate skills and therefore spent significant amounts of time fighting over campaigns internally.

“We knew it was a mistake when they announced the roster,” an agency leader told AdNews.

“I’ve rarely seen large rosters work. Agencies get fed up of giving their ideas away for free,” one exec said.

Another commented that the agency arrangement made it hard to earn decent remuneration.

"The senior ranks in Optus are great and I have a lot of respect for them, but the operational side of the business was confusing and challenged from the beginning," he said, adding that the internal processes "watered down" creative ideas.

While many brands work with multiple specialist agencies, agencies almost always prefer a lead agency situation, rather than a large roster, both for financial reasons, but also because they believe it fosters more creativity.

“I’m not a massive fan of rosters. They don’t create intimacy, transparency or shared learnings," explained one agency leader.

“You’re always in pitch mode and putting forward what you think the client wants instead of good ideas.”

One agency exec said the roster from Optus has driven to “inconsistent work” and an “over-reliance on celebrities”, rather than a strong, coherent strategy.

While M&C Saatchi’s slice of Optus has long been rumoured to be shrinking, the agency maintains it’s still working with the telco through Yes Agency, which its brand consultancy agency, Re, helped establish at the end of 2017.

Everyone has an opinion on M&C Saatchi’s involvement in Optus and many execs close to the Optus account are confident the agency isn’t working on Optus’ main brand creative. If the case, this is another blow to M&C, which held Optus’ full creative account prior to the 2016 shake-up.

Yes Agency produces all digital content for the brand currently and more of the creative capabilities are expected to be taken in-house as Optus works at creating a “new agency model”.

Optus said last week it was undertaking an agency review of customer communications and digital performance in a bid to "optimise relationships and drive more efficiencies and effectiveness".

Optus joins a suite of top brands such as Procter & Gamble, Unilever and Pepsi, taking more marketing capabilities in-house as marketers start to question the decisions agencies make on their behalf.

Optus is unlikely to cut agencies altogether but it seems the telco has come to the realisation that a roster of eight agencies is more complicated than it’s worth.

Optus and all agencies referenced in this story declined to comment.