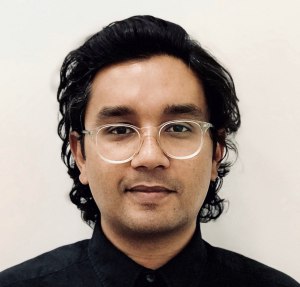 With a "no ego policy" and a ban on using the world 'digital' or 'ad', six months into its new skin, WhiteGrey is just scratching the surface.

In May, The White Agency and Grey officially merged to become WhiteGrey and the newly formed agency is confident in its new creative direction, hiring former M&C Saatchi senior art director Ronojoy Ghosh as its creative director.

Ghosh, better known as Tin Tin, has more than 20 years’ experience in the creative industry, spanning across agencies in Jakarta, Singapore and Sydney.

At M&C Saatchi, he worked across CommBank and Optus businesses for six years before quietly moving to WhiteGrey earlier this year.

“We have a no ego policy here,” Mackenzie says, adding that the culture of WhiteGrey has been hugely important to the hiring process as well as a key focus of the merger.

“Everyone is talking about diversity in agencies but we are replacing the world diversity with the word interesting. Sure Tin Tin is from India, and that’s one layer of diversity, but the reason he’s in the room is because he’s a publisher and an illustrator and an artist.”

Ghosh has written and illustrated seven children’s books that have been published by Penguin Books.

Ghosh says his advertising career has helped his publishing career and encourages others to have a passion outside advertising.

Throughout his advertising career, Ghosh admits he has “gotten lost” inside big agencies, but at 90 people in Sydney, he says WhiteGrey is the right size.

“What I’ve learnt from all my agency experience is what work shouldn’t feel like," Ghosh says.

"All agencies are the same; we get the same briefs, the same deadlines and we all have our issues but it’s how you feel and how you work together that is very important."

Mackenzie says the merger of The White Agency, which is widely known as a digital shop, and Grey, which has a long-standing heritage in Australia, has been without too many complexities.

He admits that merging the backend systems of the agencies has been the trickiest part with processes having to be overhauled as well as realising the full capability of what the agency can now do.

“We refer to ourselves as a technology agency,” Mackenzie says, adding that the agency has challenged itself to no longer use the word ‘digital’ or ‘ad’.

Mackenzie believes its new capabilities are best represented in its pro-bono work for The David Sheldrick Wildlife Trust.

The original brief was for an advent calendar for World Elephant Day and was handed to WhiteGrey from WPP’s global head of strategy John Steel, but instead the agency decided to build a human to elephant translator.

The campaign was targeted at the US and UK so went largely under the radar in Australia, however in these markets it led to a 45% increase in donations, 1705 new elephant adoptions in the first month, as well as significant earned media.

“Grey as an agency couldn’t have done it before and neither could have The White Agency, so I think we tested ourselves and what we are capable of,” Mackenzie says.

Mackenzie says WhiteGrey has just scratched the surface in terms of the agency's future potential and 2018 will be an "interesting" year.