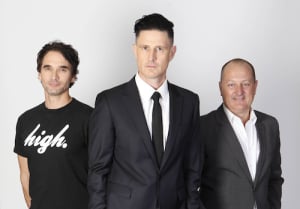 Everyone's favourite advertising show, ABC's Gruen, has overtaken Ten's The Bachelorette in the OzTam overnight TV ratings, taking out the top non-news program of the night.

Last night's episode of Gruen, which unpacked ads from the NRL and AFL grand finals and featured DDB in its The Pitch segment, picked up 926,000 viewers as the fifth most watched overall program of the night.

The panellists, including Todd Simpson and Russel Howcroft, discussed the cost of sports sports, Toyota's huge brand presence and ads from Powerade and Hilux.

The Bachelorette's double date episode followed by a hair, on 918,000 viewers and was the sixth most watched show of the night.