What publishers can learn from gaming 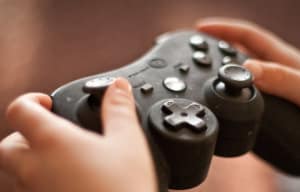 Could the gaming industry's monetisation strategy hold the future for Aussie publishers?

Google head of product strategy and innovation APAC Banks Baker believes Australian publishers could learn from the micropayment and freemium models used by the gaming industry.

The challenge for publishers now more than ever is finding innovating ways to monetise their content as the likes Google and Facebook continue to place strain on advertising revenue. Fairfax recently announced it would trial the use of micropayments for its local publications and News Corp will be soon rolling out freemium paywalls to its regional titles after success with metro mastheads.

Speaking at the News Media Works Future Forum, Baker noted the success of game developer eRepublik which begun creating freemium games in 2007. This means its games are free, but money is charged for extra goods.

Each of eRepublik's games are designed to encourage gamers to use in app micro-purchases to create advantages over other players.

The gaming company launched the Age of Lords game which sits within the top 50 strategy game, having scooped more than two million players.

Bakers explained it achieved this status through sophisticated marketing and monetisation approaches, focusing its advertising on channels that drive low cost per install and to heavy gamers.

Baker said that gaming companies have recognised it needs dual revenue streams to drive higher profits – a learning that publishers have been taking on board more this year.

The idea of micropayments has garnered overseas interest, resurfacing as an alternative to advertising and walled-off content. It's not a new idea, but it could inspire publishers to look past the paywall and instead exchange a small payment for a piece of digital content.

US media companies including The New York Times, The Wall Street Journal and Conde Nast are among the publishers signed up to Dutch micropayments platform, Blendle. Blendle aims to be a content platform for journalism in the same way that Spotify is for music. The service offers an ad-free, pay-per-story service, charging between nine to 49 cents for content.

Facebook MD Stephen Scheeler told AdNews he sees publishers moving towards a micropayment model, however it requires people to push past preconceptions of finance online.

“I can see a world evolving towards micropayments,” Scheeler said. “However, the world wasn't designed with micropayments in mind.

“The current world was designed for package buys, such as an entire newspaper. That has started to move into a world of people wanting micro consumption, but we don't have the infrastructure to support the trend yet."

Scheeler was speaking to AdNews on the ever-increasing strength of Facebook and the impact is having on Australian publishers, for our cover feature "The content profit squeeze - publishers held to ransom" in our September issue.

He believes the publishing industry could follow the music business' evolution from users buying whole albums to buying one or two songs, and choosing to stream content.

Bakers also believes publishers could reward readers for sharing articles on social media with giving them access to more articles for free. This type of incentive reward has been successful for many top grossing games.