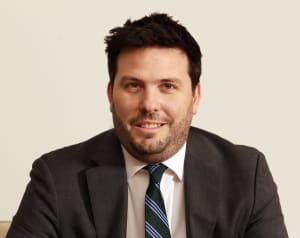 The challenge for publishers now more than ever is how they monetise their content as ad revenues continue to decline. News Corp’s managing director of metro and regional publishing Damian Eales tells AdNews while there is “no silver bullet” for the model of monetisation the publisher will implement paywalls to its regional titles in October as part of its national strategy.

The introduction of a freemium paywall model aims to replicate the company’s metro success at a regional level, which has now seen News Corp’s consumer revenue, from subscriptions and print sales, overtake its advertising earnings for some titles, such as The Australian.

“The hallmark of our business for the past three years has been testing what customers are willing to pay for and what content we produce that can be monetised through advertising value,” Eales says.

He believes the freemium model for both the Australian and metro titles have proved to be the most successful pay wall strategy for the publisher.

News Corp has spent the last few years assessing which news verticals and stories lead to consumer subscription. Eales says the three categories which have proven the most successful in achieving subscription are local content, sport and opinions.

"Regional newspapers are the single biggest source of local news for readers who live in areas such as Townsville or Hobart. We have more journalists reporting in those areas than our competitors," Eales says.

He refers to the Townsville Bulletin as a title that is likely to see success through paywalls being put in place, with 70% of the population reading the title digitally and that figure is expected to increase as communities embrace digital content.

The implementation of paywalls signals News Corp’s backing of its regional business, also seen in the recent acquisition of APN’s Australian Regional Media (ARM) business. The deal, confirmed in June, saw the company purchase the APN Australian regional newspapers, including The Sunshine Coast Daily and The Gympie Times.

The fact The Australian now generates more revenue from consumers than advertisers is a testament to the three years News Corp has spent driving consumer revenue, Eales says. He sees other metro titles “rapidly moving” in the same direction and regional titles are expected to follow suit.

Eales doesn’t expect to see any backlash from the decision to put content behind a pay wall as he believes peoplehave become comfortable paying for news they want to read.

Print circulation drops are nothing new to publishers and have been the reasoning behind many businesses revamping their digital strategies. Eales tells AdNews News Corp’s circulation drop-offs have been slowing, with the company seeing the rate halve over the last two years to a decline of 5% year-on-year. He expects to see that halve again next year, adding “momentum is building” through retail tie-ups such as the comic book launch with Marvel.

The partnership with Marvel sees a super hero comic book collection available in each News Corp newspaper. Eales expects to sell more than three million copies of the comic in the next two weeks.

It isn’t the first time the business has invested in collectables as part of its commercial strategy. In 2014 News partnered with the BBC to launch a David Attenborough DVD, which sold 3.5 million copies nationwide.

Eales​, a former retailer, is taking more of an FMCG/retail approach to the sales challenge. He says 10 years ago newspapers would sell themselves and the content News Corp produces still goes a ​long way ​to achieving sales, but commercial tie-ups are a way to appeal to consumers who may not regularly read the newspaper.

While Eales focus has been dedicated to a “consumer revenue growth story”, he says News Corp is working to grow all revenue lines, including the advertisers who may have dropped off.

“These days, there is no one product that is going to solve an advertisers need, which is why News Xtend works across on network and off network solutions, social media presence, print and search engine marketing. It’s the mix that is important.

“The purchase funnel is considered an old fashioned concept but it’s incredibly relevant to News Corp today – you’ve got to have a presence at every stage of the funnel and (selling) search engine marketing allows us to complete the transactional end of the purchase,” Eales says.

Eales has been in his role of managing director of metro and regional publishing for a year, promoted from his position of marketing director. He previously held roles at Westpac and David Jones.