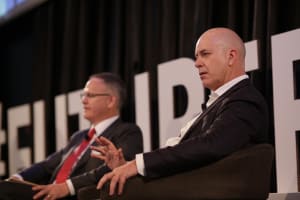 Fairfax is experimenting with micropayments, partnering with Sydney-based startup Tapview to bring paywalls to local titles.

Readers will be able to choose between a $1/week subscription or pay $0.20 per article, capped at $2 per week, to access content. On The Milton-Ulladulla Times website, community and sports news will be free with all other news classed as premium.

While internationally the micropayment monetisation model has been used by big publishers, including The New York Times and The Washington Post, AdNews understands this is the first time a media company in Australia has used the scheme.

The deal with Fairfax is a six month white label trial in which the publisher takes 70% of the revenue and Tapview takes 30%. While it is only these two titles now, it could lead to more local publications adapting this model, Fairfax said in a statement.

“As digital news models have evolved in recent years, subscriptions have become more and more common. We may charge at other sites in the future but no decisions have been made about this,” said Fairfax head of product Robert Beerworth.

In an interesting move, new sites for The Bay Post-Morayu Examine and The Milton-Ulladulla launched without any advertising, rather focusing on delivering local news to the communities.

Fairfax has plans to introduce advertising in some form in the future, although it is focusing on the subscription model at this stage.

The decision to introduce the paywalls was led by the belief that people should pay for quality online journalism as they do with print, reaffirming the stance Fairfax boss Greg Hywood took last week at NewsMediaWorks’ Future Forum event.

Hywood said with subscription services like Stan, Presto and Netflix having huge success, consumers are becoming more familiar with paying for content.

He also said it's not secret the print industry can longer rely on advertising revenue, which is reasoning business is focusing on its building out its subscription revenue.

The cost of the printed editions will remain the same, at $1.70 for the weekly Milton-Ulladulla Times and $1.60 for the bi-weekly Bay Post-Moruya Examiner.

The news further cements Fairfax’s focus on digital, as the company prepares to cull its weekday papers. It also comes after CEO’s from Seven West Media, Fairfax and News Corp agreed last week that it was a mistake to give away content for free.

This is the first deal for Tapview since it graduated from the latest H2 Venture fintech accelerator program, which gave the company a $100,000 boost.

AdNews understands Tapview is currently in talks with a another smaller publisher to run trials.