'We only eat what we kill', new research agency won't rely on M&C Saatchi parent co 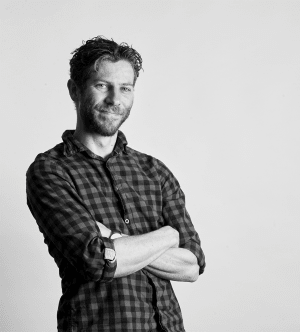 Seven years after setting up shop in London, M&C Saatchi’s research and insight agency The Source has its eyes set on Asia Pacific, opening an office in Melbourne.

Matt Swinson has relocated from the UK office to take up the managing director position after heading up The Source in London.

Swinson hopes to mirror the UK’s success in Australia, identifying similarities between the Melbourne and London markets.

The Source is an independently run business operating as part of M&C Saatchi Group, however Swinson says it won’t rely on the power of the M&C to source clients.

“We rent office space from M&C Saatchi and they are our venture capitalists but we are an independent business,” he says.

“There are potentials to engage some of M&C Saatchi’s clients but the agency has to be self-sufficient. We have a mantra that we only eat what we kill and we will source our own clients and revenue rather than relying on the group to direct us.”

Swinson is currently in the process of hiring staff for the new agency. With the London office at 12 people, he plans to keep the Melbourne agency a small business.

Swinson says they see the Asia Pacific region, specifically Australia, as a market with huge opportunity.

“There are similar issues in Australia to what we see in the UK. There’s too much data, flat research, and consultants rather than researchers. It seems researchers have become embarrassed by their own work and were moving into more brand consultancy and taking it in a different direction to what we think.

“It positions us to set up and make a real difference in the industry.”

The Source utilises both traditional and digital research methodologies to provide market intelligence for brands via infographics, microsites, films or posters. The agency vows never to use a PowerPoint presentation.

In the UK, The Source has worked with brands, including Tesco, eBay and the BBC.

“The types of businesses we are looking to work with will have the same problems as the businesses we’ve helped succeed in the UK. We imagine there will be different challenges along the way and budgets aren’t as big here, but we’d like to approach people we’ve worked with in London,” Swinson says.

“We haven’t taken a single piece of work from our London office and we wouldn’t use it as an excuse to set up our business here. Instead, we’ve got a strong offer and if we can take it to the right business, we hope to build a self-sufficient agency off the back.”

Melbourne is the first office for The Source to open in Asia Pacific, but there are possibilities in the broader region, Swinson says.

“The long term play is regionally but right now, my focus is utterly on Australia. We want to make it the best in class and take the research industry forward.”