We need to stamp out scam: AdNews Poll results 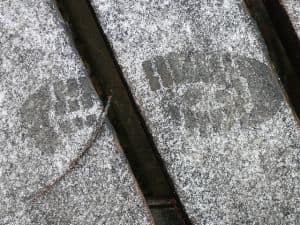 The industry needs to stamp out scam, that's what the industry thinks, according to an AdNews poll.

We asked readers what they thought of scams last week, following the annual Cannes Lions Festival. A number of slightly fishy campaigns were spotted at Cannes, including one from agency VML, which had a short-list nomination withdrawn for its Blackspot Beacons work after it emerged it did not have sign off from its client.

Also during the festival, the winner of the Product Design Grand Prix was called out because the agency entering it had nothing to do with actually designing the product – just the PR of it. The Grand Prix was taken away from the Dubai-based agency Geometry Global, and given solely to the creators of the Iron Fish.

In our poll, we asked 'Is scam still an issue in awards shows - Cannes and beyond?'

The overwhelming majority (62%) answered 'Yes, it should be stamped out'.

Not one person said it wasn't a problem – just overblown by the trade media.

A fraction (19%) said that it's a problem, but is just a part of advertising – suggesting that the industry should just accept it, and 10% say that it is at least improving, and is not as bad as it was.

Several offered solutions – one that there should be two categories – one specifically for so-called scam work, and the other for genuine client work.

The poll was conducted via PollDaddy over the last week, in response to a piece that outlined the continued existence of scam at Cannes and other award schemes globally). See here for Cannes juries shrug off issue of scam - do you?