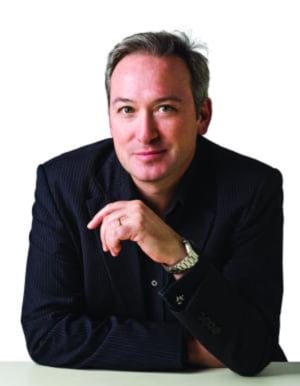 McDonalds has stared down critics claiming its recent Cannes Lion winning work from DDB was a scam, highlighting the work ran across multiple platforms as part of ongoing testing of its marketing strategies.

Mark Lollback, chief marketing officer of McDonald's Australian and New Zealand, rejected outright questions about the legitimacy of the work while speaking at the Creative Fuel conference in Sydney yesterday.

Lollback used the forum and a question from the audience to slap down the premise that the Big Mac Legends campaign, which won a bronze lion in Cannes, had been created to win awards.

“It was a great campaign,” Lollback said.

“It was a campaign that we are still evaluating to run again. It was a test. It did run in radio, it did run on outdoor and it did run in press and I'd like to say congratulations to DDB with the award.”

Speaking alongside Cannes Chairman Terry Savage in a session on how to win at Cannes, Lollback also used his public appearance to raise concerns about Australia's readiness to shoot down great ideas and not celebrate creativity.

"In everyone of those countries I have had the pleasure of working with some fantastic creative people. And many of those people in those iconic countries are Australian. I have to say I think the activity that should be undertaken is celebrating the quality of the Australian talent that we have here and we (marketers) get to deal with and celebrate when they win awards versus trying to, it's almost like we have tall poppy syndrome here in Australia.

"Let's get behind the talent we have here in Australia.”

Lollback's support for Australian creativity was greeted with applause from the audience.