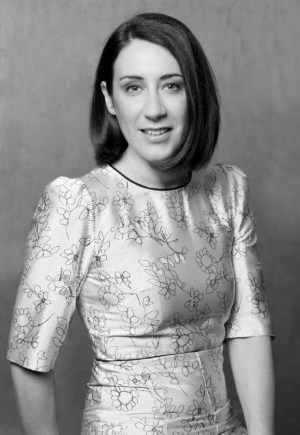 Media disruption may have eroded the business model for the print industry, but it's also opened up new opportunities for publications to enter the experiential market. That's why Vogue Australia editor-in-chief Edwina McCann said its Vogue Codes event has been a success, and three years into the event has been picked up for global expansion.

McCann helped launch the event in 2016 with the aim of engaging more women in the technology industry by teaching them to code. In doing so it hopes to address the imbalance of women in the sector and also prepare them for the future when all careers are certain to be touched by technology.

This year it sold more than 2,000 tickets across six events in Sydney and Melbourne and speakers included former foreign affairs minister Julie Bishop and TV host Lisa Wilkinson. It attracted the interest of brands such as Audi, HP and Westpac which all threw their support behind it.

Speaking to AdNews, McCann said its parent company Conde Nast was so impressed by the event that it decided to pick up the format for expansion with up to three locations being considered, including the UK. The event will run out of the international offices rather than locally and it hasn't been confirmed which brands will follow it overseas.

McCann said hosting an event like Vogue Codes isn't necessarily a new venture for the brand, nor is it being done out of desperation. She said the event is core to what Vogue is as a brand and that's making things fashionable – even a career in technology.

“It's not a campaign for the sake of campaigning,” she said.

“I think that good ideas tend to work and grow if they are genuinely addressing an issue and attempting to solve a problem and that’s been the underpinning of the success of the Vogue campaign.

“It’s a summit with over 37 speakers who come in from all over the world to discuss various topics around this issue which really resonates with women.”

While she doesn't deny the print industry has been struggling, she doesn't think it's all doom and gloom either. Instead, Vogue created a new audience which has entirely new expectations and behaviours. Its followers don't simply want to read Vogue online or in print, they want to be part of it, so McCann sees expanding into the experiential market as the natural evolution for the magazine in this new environment.

“I think that you’ll see expansion, but to be honest the concept of being one, a magazine business, and two, struggling, is just not the Vogue brand experience,” McCann said.

“What’s changed is the consumer appetite for the experiential market and I think a lot of that has been driven by social media,” she added.

“People actually need things to share on social media to make it effective. It’s quite ironic that the digital age has actually spawned a very active real-life experience market.”

McCann said Vogue Codes is also beneficial to brands because it gives them a direct line of access to the right audience - and that's women. She said brands that are committed to empowering women, such as Westpac, HP and Audi, now have the opportunity to do so.

It's easy to understand why they would be eager to when female representation in the tech sector is so poor around the world, McCann said.

According to the Australian Bureau of Statistics, women make up just 28-31% of the tech industry and unsurprisingly, that number declines the higher up the ladder you look.

“I'm not surprised it would resonate globally. I thought the lack of female participation was a peculiarly Australian problem but I found out that it’s pretty common throughout the western world,” McCann said.

This year was the biggest for Vogue Codes and McCann is optimistic that the expansion of the event will translate into a bigger audience for Vogue itself. In addition to international expansion, McCann said it’s in talks to take the event to Adelaide.

The fashion industry has been pushing trends which subtly empower women, such as the rise of the “power suit”, and McCann sees events such as Vogue Codes as an opportunity to do bolder things to support women.

“Given the privileged position of being a powerful brand that speaks to women of all age groups, we have a responsibility to encourage women in areas that truly can support them, in terms of gender equality in the workplace for example,” she said.

McCann adds that providing such opportunities for women will also attract new readers.

“It’s also made us relevant to some women who perhaps didn’t have a touch point with our brand prior to attending a Vogue Codes event and that’s always fantastic to know that you can continue to grow your audience in all generations and demographics," she added.

McCann is hopeful that it can convert eyeballs on its social media pages to people that actually attend events and become long-term fans of Vogue.

So long as the demand remains strong from consumers, McCann said it'll remain interested in expanding in the experiential market.

“We’re constantly looking at being approached by various events and festivals that exist and we’re constantly thinking of ways we might expand our own Vogue Codes footprint, but it is being driven by consumer demand as opposed to us trying to push the brand to where we can,” McCann said.

“It’s certainly not being done in some desperation. It’s being done because there’s a genuine desire for it and because it’s beneficial for all parties involved, most especially for those who attend.”

McCann notes the lack of support for other magazines to do the same might have had a part to play in the closure of magazines such as Cosmopolitan Australia, rather than it simply being the result of poor print sales.

“I think it's very sad that Cosmo is closing because these brands that we're seeing in a lot of pain were super brands.”

She said she's fortunate that Vogue Australia is tied to a company, News Corp, which is dedicated to a subscription model but also supports their digital innovations and backed her when she wanted to start creating an experiential business early on.

“You need that managerial support, vision and strategy to allow you to grow and change your business,” she said.

“Media disruption also created opportunities and we’ve been lucky enough to be able to capitalise on that. I feel really strongly for the very talented editors who were heading up some of these brands such as Cosmo who I believe were perhaps just not given that support and opportunity to grow their brands in the way that I have been.”

In the AdNews August magazine as part of our diversity and inclusion feature we zoned in on parental leave polices across the industry. Check out the list of who offers what right here.

Have you bought your tickets to the Australian Magazine Awards? Get them here.