In the AdNews August magazine as part of our diversity and inclusion feature we zoned in on parental leave polices across the industry.

The maximum period a mother is paid parental leave by the Australian Government is 18 weeks at a statutory amount. The father/partner is also given payment that relates to a period of up to two weeks. But, it’s what employees do on top of this basic award that helps the process of easing into life with a new child.

AdNews asked a handful of agencies, TV networks, tech giants, and publishers to share what parental leave policies they have devised.

From News Corp and Network Ten, Seven and Nine to OMD, Facebook, Fairfax, Google and Spotify, a table of 15 firm’s policies were shared.

We didn’t get around to all groups and tech players, but at a glimpse, Spotify gives six months 100% paid parental leave regardless of gender, which certainly stood out. Adobe even lists its entitlement publicly online, with employees who are considered primary caregivers given 26 calendar weeks of full paid leave.

Media owners are also making changes. APN Outdoor revealed its new parental leave policy introduced in April this year with parents having the choice of being a primary or secondary carer, regardless of gender. Primary carers are given 14 weeks paid leave (or 28 weeks at half pay) and secondary carers have four weeks paid leave (or eight weeks at half pay), which can be taken in tranches throughout the baby’s first year.

Unsurprisingly, the likes of Facebook, offering four months paid leave, and Google, which gives 18 weeks' full pay, also ranked highly. Twitter, which is not in the table, offers 20 weeks parental leave to staff. 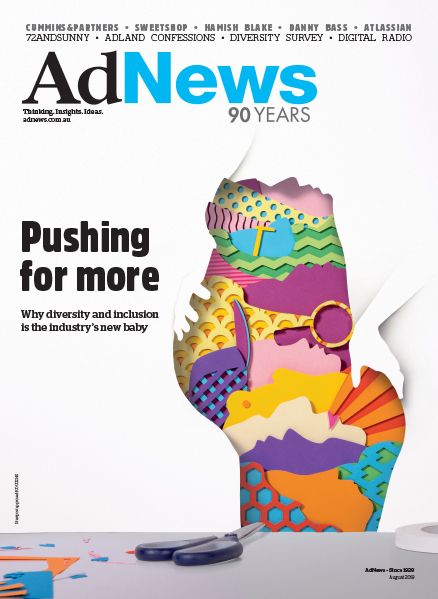 See: Why diversity and inclusion is the industry's new baby

Closer to home, News Corp Australia provides 10 weeks' paid parental leave, including superannuation and Fairfax has impressively increased primary carer leave from eight to 16 weeks. In a Fairfax company memo seen by AdNews, superannuation contributions are now to be paid to primary carers while on paid government and unpaid parental leave up to a maximum of 12 months, including the company–paid period.

Fairfax Media CEO Greg Hywood said the “important changes” were made to modernise its policy and bring it further ahead of minimum statutory obligations.

At the time of going to print/creating the table, Pacific Magazines, *Bauer and Foxtel were the only three companies who refused to clarify to AdNews what parental leave policies they have in place.

*Bauer has since confirmed it has improved its parental leave policy by increasing the paid leave from six to eight weeks, in addition to offering 12 months of unpaid leave, with the possibility of extending.

Sarah Wyse, founder of Wyse Women, a community of professional women seeking flexible work opportunities that offer an alternative to the nine to five, said parents are not financially supported enough in Australia.

“Supporting an employee whilst they take important time to raise their child increases positive sentiment and encourages greater loyalty, which in a time where we claim the skills shortage is one of the industry’s biggest issues, seems like a no–brainer," she said.

“Finally, if we are ever going to achieve parity and equality, paid parental leave should be the same for both mum and dad. Just two weeks for a new father? Most of us have longer honeymoons.”

Australia also seems to have lagged behind the rest of the Western world given this country’s first national paid parental leave scheme was not introduced until 2011.

When compared to some European countries, such as Sweden, which has had successful paid maternity leave and childcare assistance platforms for decades, clear gaps are notable. As an example, Sweden currently offers 480 days of subsidised leave per child, which parents can share as they wish, with 390 paid for by the taxpayer at a rate of about 80% of their salary. 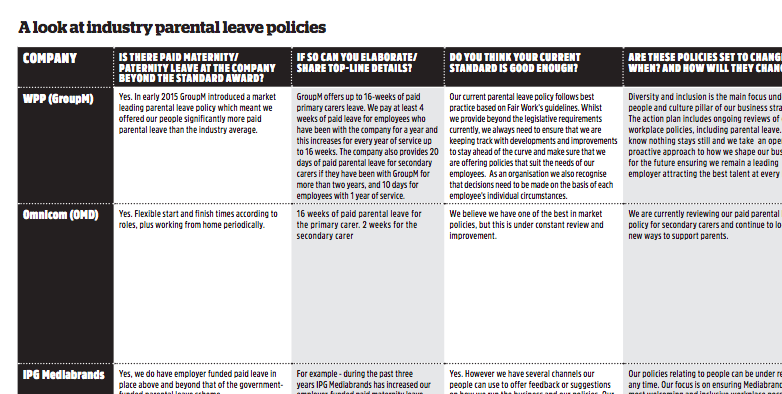 To coincide with the edition we created an AdNews Podcast Diversity Special, recorded at Dentsu Aegis Network's (DAN) Melbourne office. Check it out on iTunes here.