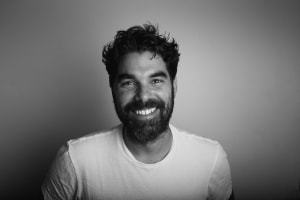 Weythman will work alongside ANZ CCO Paul Nagy to guide the Sydney creative team in producing "stronger and inventive results for clients".

Nagy says the team needed a creative leader that would fit with VMLY&R's position in the region.

"We searched far and wide to find someone who is brilliant at creating brand fame, brilliant at customer experience across every touchpoint, highly digital, and excited about everything in between. Ross ticked every box and then some," Nagy says.

Weythman brings with him a career spanning 12 years in the industry, working in New York across "medium-blurring content creation", social media instigation and overall brand evolution in the digital space.

Prior to moving to Australia, Weythman helped create apps and digtial products for Nike, launch videos for Google and political content in partnership with Facebook.

In 2016, he was hired as the creative lead for Hillary Clinton's digital video team during her presidential campaign where he directed talent such as Will Ferrell, Amy Schumer and 2 Dope Queens.

He also worked as a freelance creative director/writer for agencies including 72andSunny, Mother, R/GA, McCann and Untitled Worldwide, via Thunderbel, a creative consultancy he started with his wife.

Last year, WPP AUNZ merged VML and Y&R in Australia as part of a radical comeback strategy in which a number of agencies were merged and 3,500 jobs were cut.

WPP reported a revenue of £3.59 billion (AU$6.59 billion) in its Q1 earnings report since its restructure.