Val Morgan: There's a renaissance in cinema for brand building 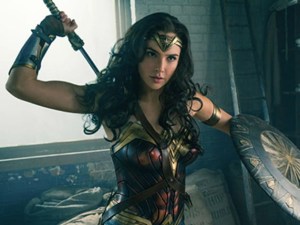 While the TV networks compete each November to see who can have the biggest, shiniest and most impressive show to present their new programming slate and plans for the coming year it’s a little different for cinema in upfronts season.

Val Morgan spent five weeks presenting the future of cinema at its roadshow of upfronts nationwide. It invited each media agency to one of its Hoyts Lux cinemas to get a glimpse of the movies coming up for 2017 and how cinema is a good investment for brand building.

Complete with a choc top and popcorn to provide a genuine cinema experience, the aim is to show, not just tell, agency buyers that the movie theatre is a premium channel for brands.

Cinema has for the last few years enjoyed impressive growth, although from a low base. It currently has a 1.1% share of the ad market and 13% year-on-year growth.

Val Morgan MD Dan Hill is struggling to find new ways to say that next year will be the biggest ever for cinema, but it appears to be true year after year.

In five years, cinema has doubled its advertising revenue and in November broke another record surpassing $1bn in the box office and growing 5% on 2015, which was itself a record breaking year. Behind that growth is an ever-strengthening slate of movies throughout the year, as well as large-scale investment in the physical cinema experience with movie theatres being upgraded and luxury, smaller screening rooms with bigger seats and better services rolling out across the country.

Chris Norris, Sydney sales director at Val Morgan, says: “Australia is in the midst of a period of extensive growth and development with refurbs and upgrades. A more even pattern of blockbusters across the year has given cinema a place on the media schedule month in and month out,” he says.

“That consistent, blockbuster content is galvanising Australia's love of the movies and it’s a bigger part of culture than ever before. The best content, matched with the best viewing environment means cinema will continue to be regarded as the finest place to watch a movie and for brands, that delivers the most powerful platform to connect and engage with audiences,” he adds.

Premium brand building
It is also working with Millward Brown on a research project called Halo, which aims to understand the role cinema plays in a cross channel AV buy. Early insights from the research show that cinema delivers incremental reach and drives brand metrics that translate into brand value.

Long-form ad content is also having a resurgence with one in 10 ads longer than 60 seconds, and more than half running over 30 seconds, demonstrating that it's being used as premium, brand-building channel.

“There’s a renaissance of brands using cinema for brand building … and growing consumer appetite for cinema. Advertisers are moving towards it to add power to campaigns and strengthen AV strategies,” says Norris.

Hill describes cinema as a “passion point” for many.

“The global story of cinema is one of unprecedented growth and relevance – it’s a tale worth telling and locally the growth continues. Investment in the customer experience and better content is leading to audience growth and building stronger brands.

"In the 12 months since our last upfront, media fragmentation has been constant. In an attention deficit economy, audiences are harder to capture. The conversations marketers are having are around what channels work, and which do not and which combinations of channels work best," he says.

"The conversation continues to validate that channels with broad reach and engagement effectively build brands and cinema is a first choice to do this."

Val Morgan also commissioned a hype reel on global cinema pulling in voices from across Hollywood to set the scene of the global story of cinema.

In it, Damian Keogh president and CEO of The Hoyts Group, said: “The best thing about movies is the story. The reality is it’s a truly social experience and it has a special place in people’s lives. Hoyts, Event and Village cinemas are investing a lot of money to expand the options available for people when they go to the cinema and the technology that is coming to cinema is spectacular with Dolby Atmos sound and laser projection.

“All the pundits agree 2017 will be a record box office year in Australia and from a global perspective.”

Franchises and reboots will again be big business for cinema advertising next year with new releases dominated by movie brands.

All eyes will be on Star Wars Episode VIII which is due to hit screens in late 2017, but there's also a raft of others before that.

The ACES awards are currently open for entry. The awards, held by Val Morgan and AdNews, celebrate the best Australian advertising across cinema, TV and online.

Entry is free. Nominations close 19 December 2016. The entry kit can be downloaded here.