The Val Morgan ACES are back and open for nominations 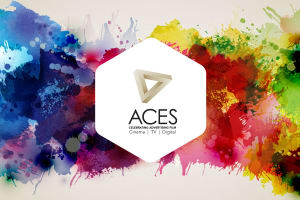 The Val Morgan ACES are back this year to celebrate the best Australian advertising across cinema, TV and online.

The ACES were born out of the realisation that there was a lack of recognition on a local level for Australian talent and the work.

Val Morgan MD Daniel Hill says: “We are pleased to once again be hosting the ACES and I look forward to celebrating the best in Australian film advertising from 2016. We’re excited to see the calibre of this year’s entries and the new takes, fresh insights and innovative approaches to storytelling.”

The awards are open to all Australian based advertising agencies, production companies, media agencies, creative agencies and or clients.

The winner will take home the prestigious ACE of Excellence, along with two tickets to an internationally renowned creative content and marketing festival in the US. The prize includes flights, accommodation and interactive badge entry.

The winner of the ACE of Excellence will be announced at the annual event, which will take place in Sydney on Thursday 9 February 2017.

The ACES are presented by Val Morgan in conjunction with AdNews.

Entry is free. Nominations close 19 December 2016. The entry kit can be downloaded here.