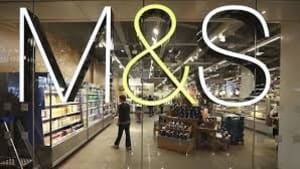 British retailer Marks and Spencer looks poised to open a clutch of Australian stores in the near future as rumours mount that the department store chain is seeking to appoint a local ad agency.

One senior agency executive told AdNews that: “As far as I can tell, M&S hasn’t decided on which agency to appoint and in terms of opening, well, no-one knows the exact date but it will definitely happen soon.”

Rumours have been circulating for the past 18 months, but a report released by Deloitte this week has set tongues wagging by suggesting its arrival is imminent.

“Even after allowing for delays or failures, we predict the new entrants to collectively capture almost $2bn of the addressable market,” CLSA’s David Thomas told reporters.

Deloitte’s 2015 Global Powers of Retailing Report states that 37 of the world’s top 250 retailers are now operating in Australia, up from 30 last year.

“With a weakening Australian dollar and ever increasing competitive pressures, we expect to see further interest by overseas retailers in the Australian retail market,” said Deloitte Australia partner David White in a statement accompanying the report.

Marks and Spencer has made no secret of its international expansion plans. However, whether it will hire the Australian offshoot of its British agency GPY&R remains to be seen. It is believed that high-level discussions taking place in the US this week will almost certainly see the issue raised.

Marks and Spencer has also adopted high-profile tactics in recent years, resulting in what was probably its most expensive campaign last year when it struck deals with the likes of A-listers Helen Mirren and Annie Lennox to front all of its above-the-line materials. The photo shoot alone was conducted by Annie Lebowitz.

Having already allocated significant budgets to its British campaign, it could take advantage of the assets rather than create a localised campaign to roll out specifically for Australia and New Zealand

One industry source explained to AdNews that tactics are different when launching in the local market. “If you look at the recent openings of H&M, Uniqlo and Sephora you’ll see that these brands tend to launch by hiring a small, local, independent creative agency," the source explained.

“They don’t bring in the international big guns, who they might have deals with already, until the launch is firmly established."

The UK department store chain has denied all rumour and speculation this morning.

In a statement it told AdNews: “There has been no announcement made regarding M&S store presence in Australia and we would never speculate on future business plans. We already offer a popular international online delivery of our clothing and selected homeware to Australia, and have done for a number of years.”

Have something to say on this story? Log in or sign in as a guest to share your views in the comments section below. Or if you have a news story or tip-off, drop us a line at nicolariches@yaffa.com.au