Twitter celebrates 10 years but will it be around in another 10? 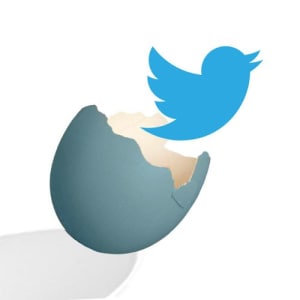 Twitter is this week celebrating its tenth birthday. It's 10 years since people began broadcasting their thoughts and opinions to the public sphere in 145 character bursts.

Twitter has not had a great start to 2016 and 2015 was turbulent in terms of senior execs heading out the door. So while it takes a look back, what does its future look like? Will it live to see another 10 years? There are doubters but Twitter Australia MD Karen Stocks absolutely believes it will be around to celebrate another decade, she told AdNews.

Over the last 10 years, but particularly in the last two years since Twitter’s IPO, the platform has evolved greatly. Adding images, video and a raft of ad products in bid to drive revenue. Around 500 million tweets are shared every day globally, it has 320 million monthly active users globally (although this fell to 305 million in its fourth quarter results).

Twitter’s fourth quarter results reported in February showed global revenue of US$720m, $610m of which is advertising revenue. A much smaller portion of Twitter’s overall revenue comes from it data business – it is predominantly an advertising business. Despite the fact that revenue was up 48% year on year its user growth is slowing and its stock market performance has taken a battering. Shares currently sit around US$16 – at its IPO shares were $26 and reached a high of $69 in 2014.

Shifts to the length of tweets and the non-chronological order of the feed have not been popular and articles such ‘The End of Twitter in The New Yorker in January, and 'Is Twitter Doomed’ from The Verge in February set a certain rhetoric around the business, but Stocks says Twitter is one of the fastest growing advertising businesses globally. A 48% year on year increase is enviable whatever way you look at it. One of its repeated mantras is that APAC region is driving growth globally, and within that Australia is a star performer with revenue growth above the global rate. It’s just that the stock market doesn’t seem to care.

Social media platforms have come under fire in recent weeks (and frequently do) from a number of quarters. Professor Mark Rison, recently slammed Twitter alongside Facebook and Instagram as being “over-rated” in a Fairfax article last week, although it was more a comment on the marketers making the decision to send on social channels. While Instagram has drawn ire from all quarters – business and consumers – over its algorithm shift.

Twitter is rolling out a succession of new ad units and packages to offer advertisers more ways to be art of the conversation on Twitter including First View and Promoted Moments in the last week alone. Last year more than 300 new advertisers joined the platform, head of sales Angus Keene told AdNews last week, although it won’t give any further breakdown as to the revenue in this market.

What is not up for debate is Twitter’s role in transforming the way people and brands communicate. The hashtag is now ubiquitous, love it or loathe it, and Twitter was a frontrunner as the internet became democratised.

“The context of twitter has changed but it’s been part of a fundamental shift in how we communicate. Can you imagine a world without Twitter?” she questions.

“It’s a live connection to culture – national, local, global events, and it’s 10 minutes faster than any other platform in the world,” she says.

What drives the platform is that it’s all about users, she says, adding that Australia has a very unique relationship with Twitter, because it has evolved to reflect Aussie culture. Some of the highlights of the last 10 years include a number of organic social movements that have sprung up such as #Illridewithyou following the Sydney Siege and #Putoutyourbats following the death of cricketer Phil Hughes.

While Stocks says it’s the “live, public and conversational” nature of Twitter that keeps it relevant and valuable to both suers and advertiser, it’s also one of the aspects that is dangerous. Twitter can be a breeding ground for trolling and harassment that it has a duty to address. Just last month actress Rebel Wilson mistakenly called out two Bauer journalists publicly on the platform – in both is was a case of mistaken identity. That’s just one recent Hollywood example. There are many more. Check out Wilson's, and other celebs', first tweets here.

Stocks admits that safety is one of the five priorities on Twitter’s agenda, ad that it has tripled its investment into maintaining the safety of the platform in a number of ways. Those five priorities, as outlined by returned CEO and Founder Jack Dorsey also include “refining” the iconic platform. Focus on video, give power to developers, work better with creators.

So will Twitter live to celebrate another 10 years? Can in keep up in a market that change by the second? Stocks doesn’t hesitate.

“I have no doubt we’ll be around in 10 years. Twitter is a way to connect live in the moment, a live connection with culture. The context of that could change, but we’ll be around. It could be machine learning, AI, VR – who knows what could happen.”