Social media history is about to repeat itself as Instagram turns on an algorithm to dictate what users see in the feed. Instagram's position of the darling of the social media world is over as it becomes more like its brutish big brother Facebook.

It's to do with advertisers, brands and revenue. Post engagement on Instagram is said to have decreased last year and Facebook wants to increase it, so that it can crank up the revenue it can cream in.

It's the same story I was writing about Facebook three years ago. In the early days of brands on Facebook, an entire industry and dedicated agencies and teams were built up around the concept that brands could use Facebook as a cost efficient, if not free, platform to build an organic audience/fan base and talk to consumers.

Vast investments were made into community management. Agencies were hired. Strategies were put in place. Only for the rug to be unceremoniously pulled out from underneath them when Facebook realised that it could get a much bigger slice of the potential revenue pie if it reduced organic reach, and increased the number of advertising options. It became a “pay to play” platform.

“Organic reach” and social communities became defunct as Facebook held out its little paw and said 'you know all that stuff we said about building engagement on our platform? Yeah, wave that goodbye. Now you have to pay for it.'

That is not a bad thing, but it was a kick to brands on the platform that had painstakingly built up fans and likes, which soon became irrelevant, but it was also a slap to users, who now don't see the posts they wanted to from friends - only the posts Facebook deems of value. Now in my feed I barely see any posts from real life friends – just suggested posts and those from brands and media organisations. Some of it is useful, but none of it is personal. It is no longer really a social network - it's a distribution network - and Facebook holds all the power.

Facebook said it wasn't a money grab – but of course it was. Again, not a bad thing. That's how this thing called the advertising business works. It's a business.

I'm not against brands having to pay to reach audiences – that's what advertising is built on, and always has been in every media channel. And I'm not against Facebook wanting to make more money – that's just good business and I've written in the past in defence of some of Facebook's switches to paid models.

This to me feels like no one in the industry – not Facebook, not social media experts, not brands, learned anything from this the first time around. These shifts changed the entire dynamic of Facebook – for brands, advertisers and for users and it will do the same to Instagram. It's the user experience that's at risk – and the user experience is the glue that holds it together, and keeps users loyal and makes the platform sticky. There's something appealing about the real time nature of the chronological feed and there's already a change.com petition called 'Keep Instagram chronological' and it's got almost 90,000 signatures.

But the algorithm is just the latest example of Facebook using its power and scale to force advertisers' hands and not really thinking about the impact on its user base (despite what it says) and it will quite possibly destroy the very essence of what makes Instagram popular.

In the fourth quarter of 2015, US$5.64 billion of Facebook's US$5.8bn revenue came from advertising globally. That is a lot. It's a dominant force and it has a huge impact on the ecosystem for media, content producers and advertising, and now it's going to try to replicate that success on Instagram.

In the past six months, Instagram has been overtly ramping up its commercial side. The first ads were introduced 18 months ago and it's almost a year to the day that Instagram added video ads in Australia. It has since added longer videos, and carousel ads.

At the time, Facebook talked about staying true to the artsy roots of Instagram. Amy Cole, Instagram’s then head of business operations and now in brand development for the EMEA region, told me that ad products have been developed to be as “seamless,” “natural” and unobtrusive as possible.

There was a strict cap on the number of ads users would see in the feed and Instagram CEO and co-founder Kevin Systrom, was reportedly going to personally sign off the creative for every single paid for ad on the platform, in the same way that Facebook's premium video ads were all signed off by global creative chief Marc D'Arcy.

The rhetoric was all about keeping up the high standard of creativity and authenticity. Reading between the lines, it was so that ads didn't go the way of ads on Facebook – I.e., the epitome of terrible, ugly ads. Instagram ads were to be creative, alluring and subtly branded.

Over the last three months, those standards have all but gone out the window.

Some of the ads I’ve been served on Instagram make me physically shudder – and I love ads. They look like bad ads, the targeting leaves something to be desired and the frequency is borderline harassment. I've catalogued some of the worst offenders through screenshots.

This is what Instagram ads looked like when ads first launched. Subtle branding and an artsy aesthetic. 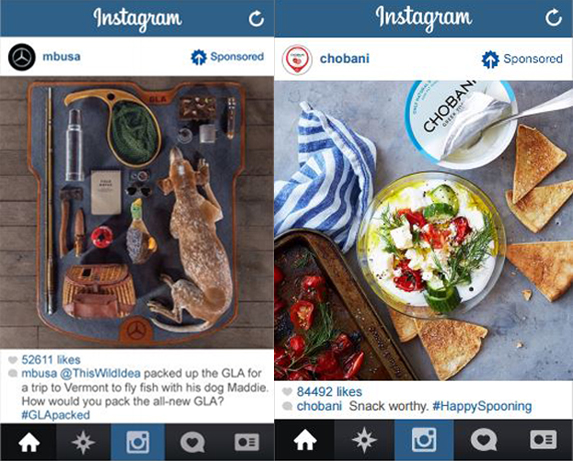 This is what they look like now. Different right? (There's more below.) 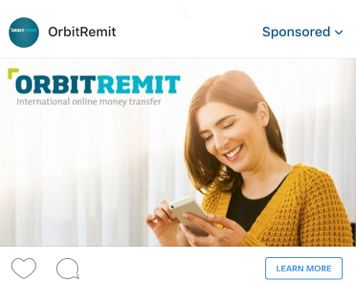 As an obsessive Instagram user I'm certain it will change how often I use the platform (which is currently way too much, so perhaps it's a blessing in disguise). I follow brands – most of which because I like the posts they make.  Levis and Converse are in my feed, but I’ve also found myself gradually unfollowing brands too. Some like local Aussie retailers Factorie and Cotton On, because their posts have turned into genuinely bad promotional ads.

I've found myself wondering why it is that brands and social media experts and Facebook itself haven't learned from the changes that happened on Facebook to be better at Instagram ads? Why are we about to make all the same mistakes that turned off users from Facebook. People users hate bad ads. They hate intrusive ads, irrelevant ads and they hate having the content they see dictated by an algorithm. What users want, is to see the content from actual friends and quality content from the brands they chose to follow.

What advertisers want is to be sure that the rug won't be pulled unceremoniously from underneath them time and again. 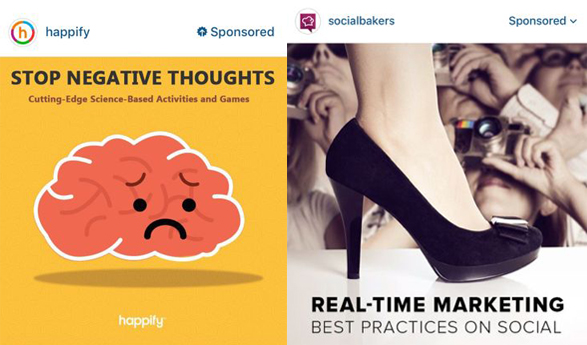 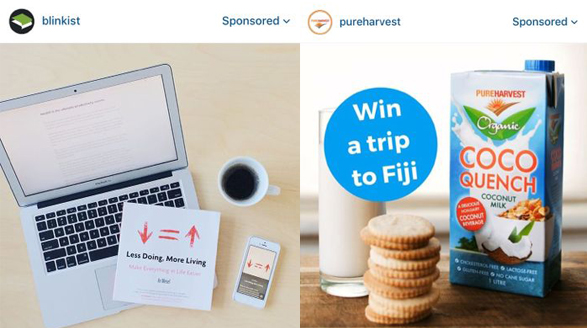